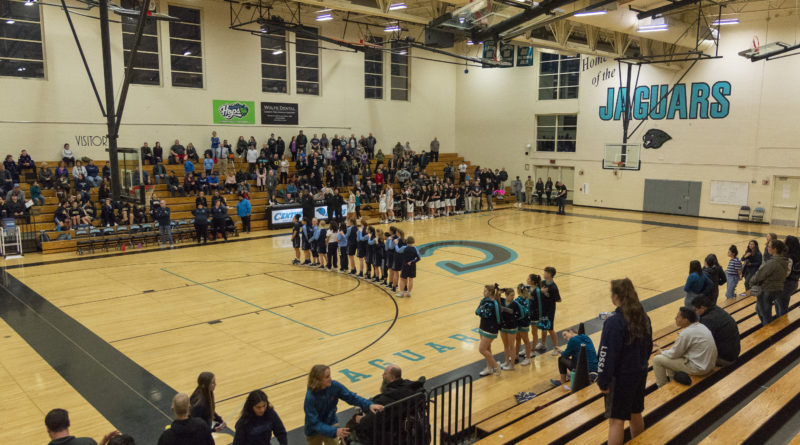 Over the next two weeks, SBLive Oregon will break down more than 100 Oregon high school basketball teams. Here’s our look at the Century Jaguars girls of the Class 6A Pacific Conference.

Kazlauskas, headed to play for Pacific University in Forest Grove next season, worked hard during the lengthy offseason to improve her ball-handling skills and shooting. “Olivia is a very good defender and very athletic,” Gainey said.

Makboul can play on the perimeter or in the post and was one of the Jaguars’ top rebounders last season, averaging three per game. She will play at Linfield next winter. “Neveen is a tireless worker,” Gainey said. “She is a good rebounder and tough defender.”

Garza takes on the task of guarding the opponent’s best post player, often giving up several inches but usually holding her own because of her footwork and strength. She has worked this offseason on improving her offensive game. “Crystal is a fantastic defender and has good passing skills,” Gainey said.

Smith does not shy from physical play, especially on drives to the basket. She’s also an adept passer who will look to improve upon her averages of three points and two rebounds per game.

McKinley is the top returning scorer for the Jaguars, averaging four points and three rebounds per game last season while moving between point guard and shooting guard on the wing. She has overcome two serious knee injuries during her athletic career. “Katie is a very versatile player who knows what to do at any position on the floor,” Gainey said.

Loza worked on her perimeter game in the offseason to become more of an outside threat and complement her play on the defensive end.

Smith is a soccer standout who will play at St. Bonaventure. She returns to the hardcourt this spring and will be counted upon to pick up some of the slack left from Walkenhorst’s graduation. “Ella is a very good athlete and loves to compete,” Gainey said. “She has excellent footwork and can finish with both hands around the rim.”

The Jaguars return a core group of six seniors from last season’s six-win team that lost 10 of its final 11 games and averaged just 37 points per game. Gainey plans to open the offense and pick up the pace this season.

“We have multiple players that play well in space and run really well,” he said. “The plan is to use the whole roster to force the opponents into quick shots or mistakes by forcing them to play faster than they are comfortable with.”

Besides the six returning from last season’s varsity, Ella Smith is back after a year’s absence to join 5-9 senior post Tasia Dawson moving up from JV. Newcomers Jenna Walkenhorst, a sophomore post who at 5-9 is nine inches shorter than sister Amy, and 5-9 wing Ida Makboul, Neveen’s younger sister, likely will round out the rotation.

“The goals for this year are to play hard and have fun. Who knows what to expect in this strange COVID year? Every game will be a challenge, and our girls are looking forward to the competition. If we can limit turnovers and shoot the ball better than the last couple of years, we have a chance to win some games.” — Dave Gainey