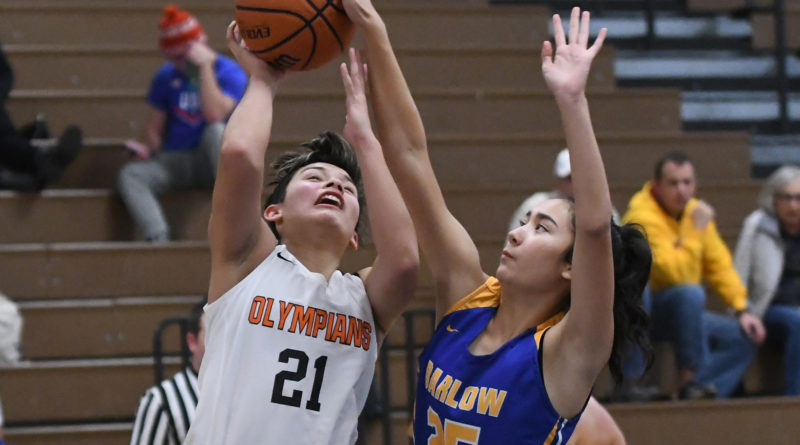 Over the next two weeks, SBLive Oregon will break down more than 100 Oregon high school basketball teams. Here’s our look at the Barlow Bruins girls of the Class 6A Mt. Hood Conference.

Playoffs: Lost 51-35 at McMinnville in first round

Hiu becomes the team’s main ball-handler after sophomore Kennedie Shuler suffered a season-ending injury during soccer. Hiu also regularly draws the defensive assignment of locking down the opposing team’s best player. “She’s very quick, very balanced and very strong — she gets after it,” Hudson said. “She’s got a motor, and she is always ready to go.”

Bradley put up 7.3 points per game last season and is the only returning senior listed on the roster. “She’s a solid outside shooter, and I’m really happy that she gets to have that last high school season on the court,” Hudson said.

“She was already solid, but she has really stepped up her outside shooting,” Hudson said.

Quirke received quite a few varsity minutes during her freshman season, and she brings some flexibility to the post position for the Bruins. “She’s a hybrid,” Hudson said. “She can go down low, she can slash to the basket — she can do a little bit of everything.”

The Bruins swept Central Catholic in the season series last season to claim the tiebreaker for the Mt. Hood Conference title with a 12-2 league record. Those two teams are scheduled to meet in this year’s season opener Monday, May 17, at Central Catholic.

Repeating at the top of the heap will take some work for a Barlow squad that is without its top three scorers from last season. Sophomore guard Kennedie Shuler (12.7 points per game) is lost because of an injury suffered in the soccer season, towering center Libby Mathis (11.5) is at Bushnell College in Eugene and Emily Fortin (8.3) is at Portland Community College.

“We won’t be as post-heavy as we have been in past years,” Hudson said. “We’re hoping we can space the floor and get out and run more. It will take a big effort from everyone to get in and crash the boards.”

“It’s not that this season doesn’t count, but the big thing is to see growth and to use this time to expand their game. When you have limited games, each one of them becomes more important. We have a lot of competitive players, and they still want to have success.” — Nick Hudson