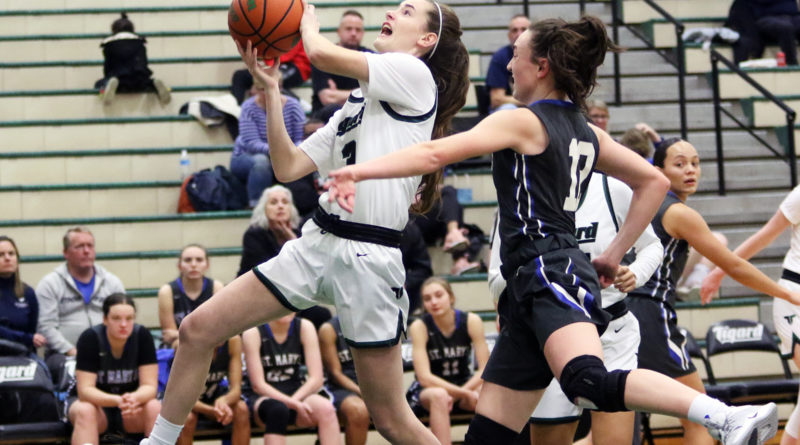 Over the next two weeks, SBLive Oregon will break down more than 100 Oregon high school basketball teams. Here’s our look at the Tigard Tigers girls of the Class 6A Three Rivers League.

A varsity player as a freshman, Lamet had an expanded role last season and made second-team all-Three Rivers. The 6-foot-3 Lamet is one of the TRL’s top interior players. “She really started to break out toward the end of last season,” DeHaan said. “She’s hungry for it and I’m excited for her to continue to grow and be one of our main go-tos.”

Holdman earned all-TRL honorable mention a season ago and brings athleticism and experience to the Tigers. “She has a ton of raw potential,” DeHaan said. “She has played a lot over the last couple of years, so we’re really looking for her to step up and be a leader.”

Shimojima made the varsity team as a freshman and could be a three-year starting point guard for Tigard. “Hailey is a really good distributor who sees the court really well,” DeHaan said.

Spadafora is a versatile sophomore who has the size to battle down low but can also play guard or wing. “She has grown into her body a little bit and is probably going to be a Division I softball player,” DeHaan said.

The Tigers are coming off a transition season as Mallory Goldammer was named interim head coach in the fall of 2019 following Steve Naylor’s resignation. Naylor compiled a sparkling 276-81 record in 13 seasons at Tigard, winning 11 Three Rivers titles. DeHaan, a longtime freshman and JV coach under Naylor, was a varsity assistant last year.

“I always said that I never wanted to be a head coach. My dad was a head coach, and I knew what it required,” DeHaan said. “I think I had a change of heart in some ways. Instead of looking at the things I didn’t want to do, I looked at all the opportunities it would present.”

“We have a great group of kids who are nice kids and want to put in the time to get better, but we’re pretty young overall,” DeHaan said. “The last two years, we graduated a group of players that had been on varsity since their freshman years, and four of them are playing in college now. At our height two years ago, a lot of (our current) kids weren’t even on the varsity roster.”

Despite the inexperience, Tigard has enough pieces to improve upon last season’s win total. Lamet gives the Tigers some size against the TRL’s bigger teams, and Holdman has played in several big games during her high school career. DeHaan also is excited about Shimojima and Spadafora getting more minutes as sophomores.

“We are looking for them to step into some of those roles that were left behind,” DeHaan said. “I think they are up for the task and have gotten rid of that freshman dazed and confused look.”

“There’s a gratefulness to get to play again. All these things you took for granted, now it’s a, ‘We get to do this. You don’t have to go to basketball practice, you get to.’” — Heidi DeHaan