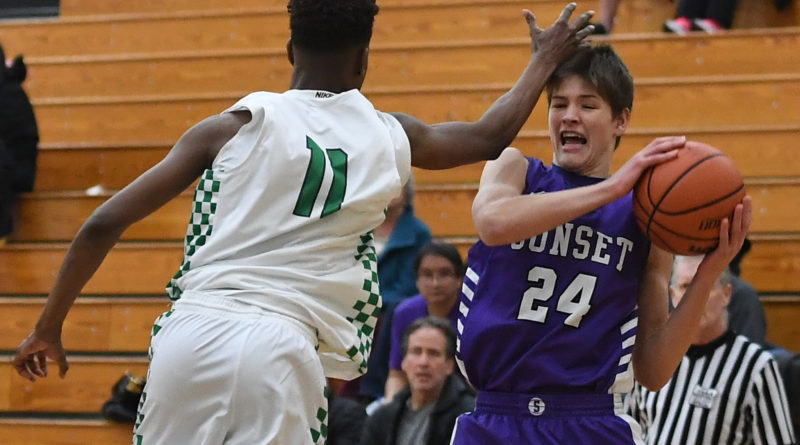 Over the next two weeks, SBLive Oregon will break down more than 100 Oregon high school basketball teams. Here’s our look at the Sunset Apollos boys of the Class 6A Metro League.

Playoffs: Lost 82-62 to South Eugene in first round

A third-team all-Metro selection last season and the younger brother of former Metro player of the year Jake Estep of Beaverton, Kell has committed to play at Multnomah University. An athletic wing, he should rank among the league’s leading scorers this spring.

Reese is a versatile inside-out player who will allow Saultz to move him like a chess piece on both ends of the court.

Zupancic was a key player off the bench for the Apollos last season. A combo guard who might be the team’s best three-point shooter, his role will increase in his senior campaign.

Another player who received significant minutes off the bench last season, Robbins is a strong inside presence as a rebounder and post defender.

Baker missed most of his junior season with a broken leg, but he is an explosive athlete and shooter who wants one last opportunity to don an Apollos uniform.

Stevens is coming off a strong season on the gridiron, where the Linfield commit helped the Apollos go 6-0 with a season-ending overtime win over defending Class 6A state champion Central Catholic. Saultz described him as a “versatile lockdown defender and energy guy.”

Childs swung between the JV and varsity last season as a freshman. “He’s a high-upside combo guard who is going to be a really good player on both ends,” Saultz said.

Saultz, a former assistant at Sunset, returns to the Apollos after coaching the past three seasons at Aloha, making him at least somewhat familiar with the talent left behind by Todd Sherwood when he retired after 16 seasons, amassing a 220-186 record and two Metro League titles.

What he saw of the Apollos was a team plagued by injuries and inconsistency, playing a difficult schedule that didn’t allow them “to get on a roll like they were capable of.”

He’ll have to replace Sato, a three-time all-Metro first-team guard, as well as second-team guard Arenz and Eli Vernon, who started at point guard. Sunset can build around Estep this spring, offering him a proper sendoff to college ball, as Saultz works to put his stamp on the program.

“We will stress team culture over individuals and take pride in helping each other succeed on and off the court,” Saultz said. “We want to play up-tempo and spaced on offense and look to take advantage of our individual strengths and attack what the defense is giving us.”

The Apollos might also have the league’s top inside tandem in Robbins and Reese, a couple of 6-5 seniors who give the team interior size that many others in the Metro lack. Throw in Stevens, a physical linebacker and tight end, and Sunset has plenty of muscle in the middle.

“​With so many seniors, we have the chance to be pretty good on the court. Having to learn a new system from a new coach is difficult in normal years, and with all the restrictions and less time this year, it will be even more so. I will be pleased if I feel like the entire program has adapted to the new system and new terminology by the end of the season.” — David Saultz