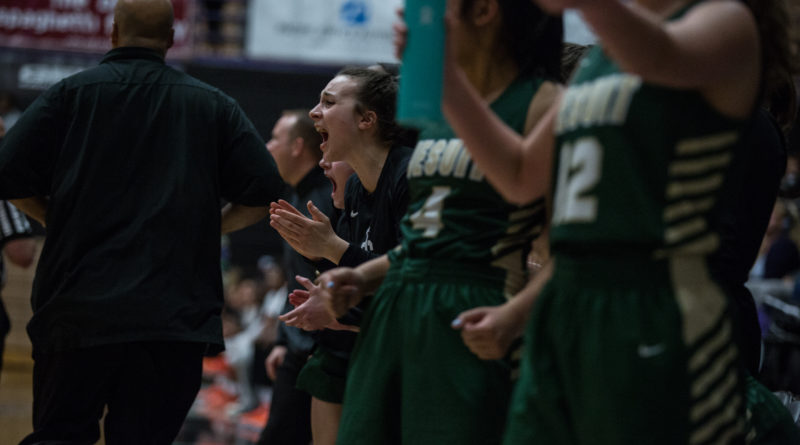 Over the next two weeks, SBLive Oregon will break down more than 100 Oregon high school basketball teams. Here’s our look at the Jesuit Crusaders girls of the Class 6A Metro League.

Playoffs: Lost 43-36 to Canby in first round

Block was a second-team all-Metro selection as a junior, starting at point guard and deftly running the show. “Molly is an elite shooter and gifted offensively,” Lowery said.

Sixta hardly played like a freshman for the Crusaders, joining Block on the all-Metro second team. The combo guard is another top three-point threat.

Menendez suffered an ACL injury during her junior season, and Lowery said “her feistiness, leadership and sharp shooting skills will be a welcomed addition back” this spring.

Randall started a handful of games as a freshman, doing many of the little things that don’t light up a scoreboard. “She’s that ultimate ‘glue type’ player who is an active defender and rebounding forward,” Lowery said. “She will be ready for an elevated role.”

Yet another three-point shooter who received significant playing time as a freshman, Edwards is a heady player with a solid basketball IQ.

Baldwin is the tallest player on the roster, someone Lowery praises as “a well-rounded frontcourt player with good size and skills.”

Kent brings her athleticism to bear on the defensive end of the court. “Audrey brings a lot of competitiveness and is a good athlete and defender,” Lowery said.

The Crusaders might have been the youngest team in Class 6A last season, with more freshmen (five) than seniors (four) on the varsity roster. That inexperience showed against top competition — while they went 8-10 against playoff teams, they didn’t defeat a team that finished above them in the OSAA rankings.

“Playing together, playing hard and playing defense will continue to be the calling cards of our program,” Lowery said, and with no players taller than 5-11 returning, they’ll play an up-tempo style that emphasizes the three-point shooting of Sixta, Block, Menendez and Edwards.

The Crusaders also will add freshman post Kendra Hicks to the mix, someone Lowery believes “has the chance to make an immediate impact,” as well as several players from a JV team that swept fellow Metro powers Southridge and Mountainside.

“Last season was one of the youngest and least experienced teams we’ve ever fielded, but our young team came to compete, got better throughout the season, gained experience and maxed out our abilities. We lost some experience and a few good athletes, but I’m confident this group will be ready to step up.” — Jason Lowery