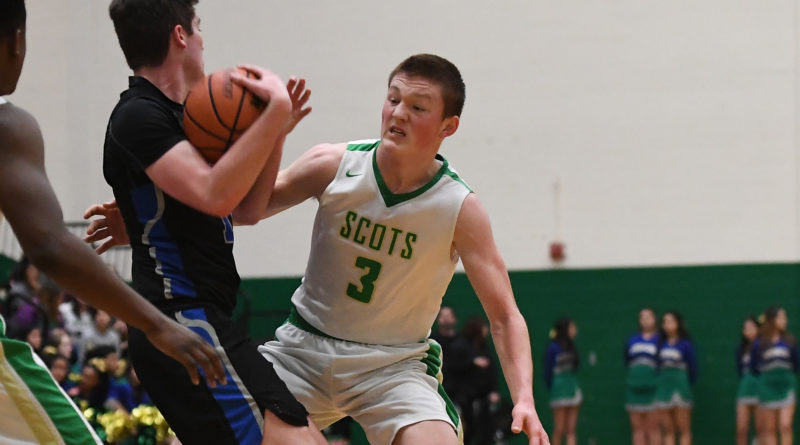 Over the next two weeks, SBLive Oregon will break down more than 100 Oregon high school basketball teams. Here’s our look at the McKay Royal Scots boys of the Class 6A Mountain Valley Conference.

Miller was one of two Scots to earn all-MVC honorable mention last season. He can score inside and outside as a versatile and athletic playmaker. McCrae also praised his instincts on defense and said “we are going to rely on him a lot to get us going this season.”

Gutierrez was a starter and team captain last season. He will be counted upon for his leadership this spring.

Coburn is a hard-working defender and rebounder who returns to the starting lineup this spring.

Brady is the fourth returning starter for the Scots this season. He is an athletic post player who can stretch the floor and shoot the three.

Lee was a game-changing presence off the bench last season with his defense and hustle. “He is one of our most athletic players,” McCrae said. “He is quick off the dribble and attacks the rim.”

McCrae sees Byrd taking over the starting role Hectocta held last season as that role player every team needs to succeed. “He is a team player who will do whatever is needed to help the team,” McCrae said.

The Scots trudged through a second consecutive winless season and have lost 51 in a row, including a play-in game against Sunset three years ago.

They return four starters, and McCrae praised the effort his team showed despite all of the losing and missed opportunities to end the streak, saying he would characterize this season “as continuing to build something that we can be proud of.”

A couple other seniors McCrae expects to contribute are guards Daniel Mendez and Alex Vaca, a streaky shooter who is moving up from the JV team.

“We have had a terrible couple of years as far as wins and losses, so I think our goal, our one and only goal, is to change that. Simple as that. I am focusing on us being consistent for four quarters. We have to learn and continue to compete for the entire game the correct way. Once we learn how to do that, the kids will see the results of their hard work.” — Keista McCrae