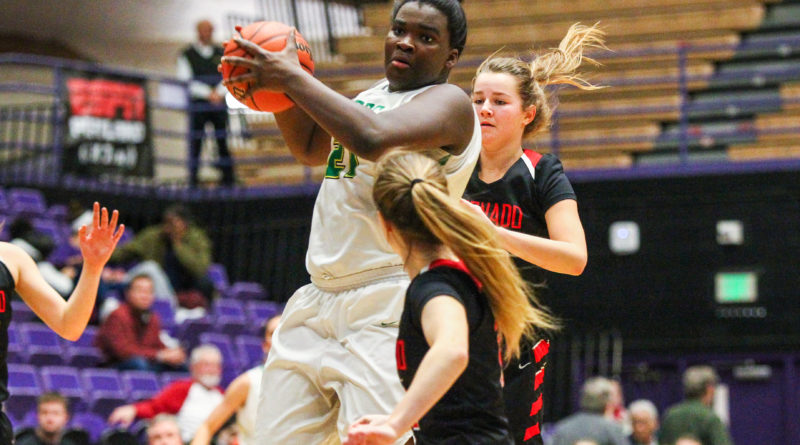 Over the next two weeks, SBLive Oregon will break down more than 100 Oregon high school basketball teams. Here’s our look at the West Linn Lions girls of the Class 6A Three Rivers League.

The reigning Three Rivers player of the year and a 2020 first-team all-state selection, Vonleh has been one of the state’s most dominant players during her high school career. She is rated a four-star recruit and has signed with Arizona, which this season advanced to the Final Four for the first time in program history. “She is just amazing,” Cates said. “She has developed into that D1-looking athlete and has been playing a lot through this time. … I don’t know anyone who can guard her.”

West Linn’s point guard, Fulcher was a first-team all-TRL selection and was named the league’s defensive player of the year last season. She always brings energy to practice and is a team leader. “She’s been playing a lot, too, and has really developed,” Cates said. “She was this awesome, solid, defensive player of the year last year, and to have a player like that run your team is nice to have, for sure.”

A role player for the Lions, Shelstad still received all-TRL honorable mention last season. She is a strong two-way player with tremendous athleticism. “She’d be the best player on most teams if she wasn’t at West Linn,” Cates said. “She just happens to be behind (Vonleh and Fulcher), so she can drift away, but she is a fabulous basketball player.”

Had there been a normal winter season, West Linn was perfectly set up to make a run at the program’s first state championship. With every varsity rotation player back from a team that won the Three Rivers title, the Lions had every necessary piece to bring home the hardware.

Now, a state tournament run won’t be a possibility, and Nevada signee Audrey Roden has decided not to play her senior season. The rest of the Lions’ decorated senior class still has plenty to play for, however.

“With a group that has spent a bazillion hours in the gym, this is really our year,” Cates said. “We’ve lost the normal regular season, so we want to make the best of May and June and finish out this year on a high note.”

Roden, a first-team all-TRL honoree as a junior, has moved on, but the rest of last season’s starters — Fulcher, Shelstad, Vonleh and junior Campbell Sheffield — are back after last year’s surprising second-round exit in the 6A state playoffs. Juniors Audrey Kehoe, Alana Molden and twins Isabella and Olivia McVicker are strong contributors.

“They are workhorses, that junior group,” Cates said. “They are overshadowed by this phenom group of seniors, but my junior class is really good, too.”

Vonleh, who was once a five-star recruit and is rated No. 100 nationally by ESPN, is the younger sister of NBA player Noah Vonleh. Cates said Aaronette has trained with Noah and has played a lot of club basketball in Arizona during the offseason.

“She’s ready for college,” Cates said. “Arizona has done really well in March Madness, and she’s excited to go there.”

There might not be an official state championship, but Cates said the team’s goal is to go undefeated against whatever schedule it plays. The Lions would be interested in facing off against other elite teams outside the TRL, notably South Medford.

“I’d like an opportunity to play outside of our league, though I think our league will be really tough,” Cates said. “Making it through our league not just undefeated but with a real stamp would probably be our main goal.”

“When you have (almost) everybody back from a team that was already really good, the expectations are really, really high. And they should be. We are loaded. We have a lot of talent, and there is just something that happens between your junior and senior year as far as growth and maturity in kids, and I’ve seen that in my now-seniors. They’ve dealt with a lot … and they are learning those leadership skills.” — Brooke Cates