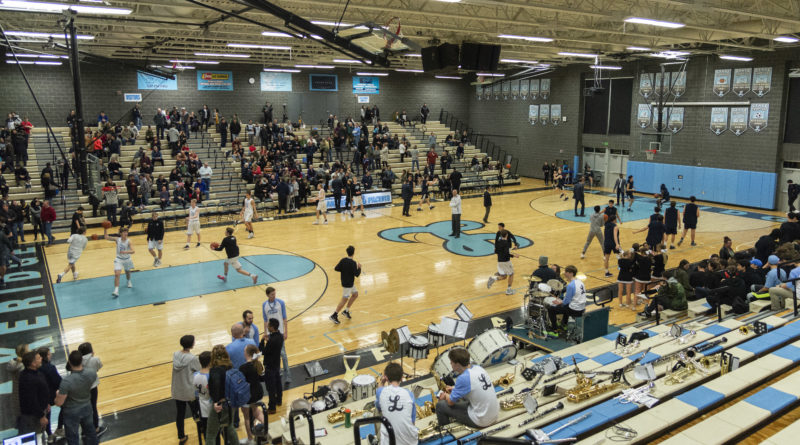 Over the next two weeks, SBLive Oregon will break down more than 100 Oregon high school basketball teams. Here’s our look at the Lakeridge Pacers boys of the Class 6A Three Rivers League.

Wise is a returning starter in the backcourt. He is an excellent defender and strong shooter from beyond the three-point arc. “Max will set the pace for us on both sides of the ball,” Duong said.

Another solid two-way player and returning varsity contributor, Sheehan will be one of the top interior presences on the team. “Clark is a high-IQ player who will set the tone for us physically,” Duong said.

Much like Wise, Kruse is a strong two-way player who is a relentless defender with a diverse offensive game. “Kobe is a versatile wing who can score in multiple ways,” Duong said.

Duong is looking to jumpstart a Lakeridge program that has struggled in recent years. After reaching the 6A state tournament in 2015 and notching 16 wins in 2016-17, the Pacers have gone 2-36 in Three Rivers play the past three seasons.

Duong, an assistant to David Blue the past two seasons at Central Catholic, has used the extended offseason to get a better feel for his players.

“We have been able to work on our fundamentals and have discussions around our core values and expectations,” Duong said.

The Pacers return three experienced seniors in Kruse, Sheehan and Wise. Their leadership can help prepare the rest of the roster for competition in the always difficult Three Rivers.

“More than anything, their ability to come in and be selfless leaders and mentor our underclassmen is going to be huge for our program,” Duong said. “We’re a relentless group with quickness at all spots. I believe our ability to be interchangeable all over the floor will help us be competitive.”

Duong is the only first-year boys coach in the TRL, which could put Lakeridge at a disadvantage given the COVID-19 restrictions. The Pacers also are undersized, but they will not be backing down from any opponent during the spring season.

“For us, the No. 1 goal is to develop these young men and provide a positive experience,” Duong said. “As a team, we are not really looking at wins and losses. Our goal is to be competitive in the TRL. If we can come in and compete on a daily basis in practice, we believe that will translate to being competitive when we step on the floor with our TRL opponents.”

“This is a hungry group. They have a chip on their shoulder and are excited about the opportunity ahead of us.” — David Duong