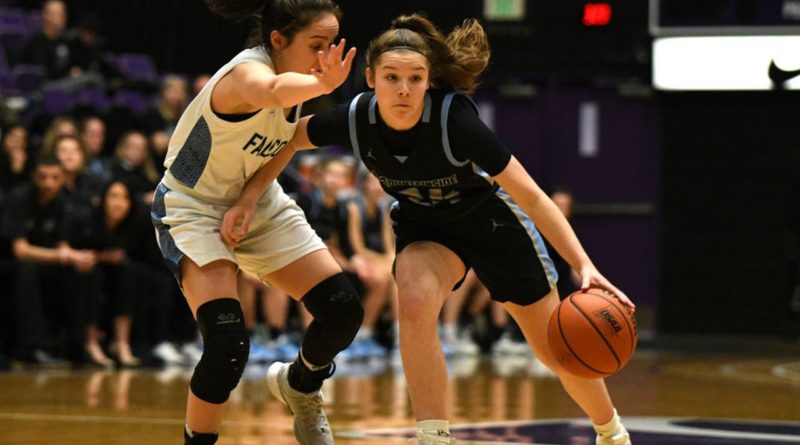 Over the next two weeks, SBLive Oregon will break down more than 100 Oregon high school basketball teams. Here’s our look at the Mountainside Mavericks girls of the Class 6A Metro League.

Playoffs: Beat South Eugene 54-29 in first round; beat Oregon City 41-39 in second round; lost 62-44 to Liberty in quarterfinals; beat Southridge 56-42 in consolation semifinals

Hageman has been the starting point guard for the Mavericks since Day 1, and she earned second-team all-Metro honors for a second consecutive season as a sophomore, averaging nine points, 4.2 rebounds, 4.2 assists and 1.7 steals per game while shooting 35 percent from three-point range. “She leads us with her court vision, scoring ability and aggressive on-ball defense,” Lee said.

Wilson is another player who started in the program’s first two seasons, and like Hageman, she made the all-Metro second team each season. She was second on the team in scoring (9.9 points) and rebounding (4.4) while shooting 52.7 percent from the field as a sophomore. “Lindsey is our power post, with soft hands down low and also soft shooting touch from 19 feet, 9 inches,” Lee said. “She also has great passing ability in finding her shooters.”

Stone made a team-leading 45 three-pointers last season, shooting 35.2 percent from three-point range, and averaged 6.3 points per game. “She’s a shooting guard with offensive moves off the dribble and creative passing skills,” Lee said.

Gonzalez’s biggest claim to fame with the Mavericks to date is hitting two free throws with 4.9 seconds left to break a 39-39 tie against Oregon City last March, propelling them to their first state tournament appearance, but she has plenty to offer over the next two seasons after averaging 3.1 points and two rebounds per game as a sophomore. “She’s a smooth slasher through the lane and a lockdown defender,” Lee said.

Smith was another sharp-shooting guard last season, hitting on 31.8 percent of her attempts from three-point range and averaging 5.4 points per game. “Taylor can change the complexion of a game by rattling off multiple threes with her quick release,” Lee said.

Mountainside was an up-and-coming program from the start, winning 14 games and making the state playoffs in its first season. The Mavericks took a big leap after Brink transferred from Southridge in the summer of 2019, qualifying for the state tournament and advancing to the trophy rounds before the pandemic ended their season.

Brink is now a starter for national champion Stanford, but the footprint she left behind should be noticeable over the next couple of years.

“She did a great job of mentoring our young sophomore group,” Lee said, especially praising her work with Wilson. “Cameron’s work ethic and intensity, along with her abilities, are her lasting legacy.”

The Mavericks return five players, all juniors, from that tournament team, and they’ll add to that nucleus several standouts from the JV squad, including junior guards Aurelia Mafinejad and Abby Crawshaw and senior wings Lauren Thompson and Ana Ika. They also add 5-6 guard Polly Raugust, a sophomore transfer from Milwaukie who brings another shooter and distributor into the mix.

With most of the squad set to return next winter, the next six weeks will allow Lee to blend his newcomers with his veteran core to prepare for another run at a Chiles Center appearance in 2022.

“Goals this year are a bit different. Even if we do play, there’s no Metro League title, no all-league, no state tournament. So, it’s all about just getting back on the floor and playing again. A realistic goal would have to be playing hard, playing together and creating lifelong memories — and staying COVID-free!” — Glen Lee