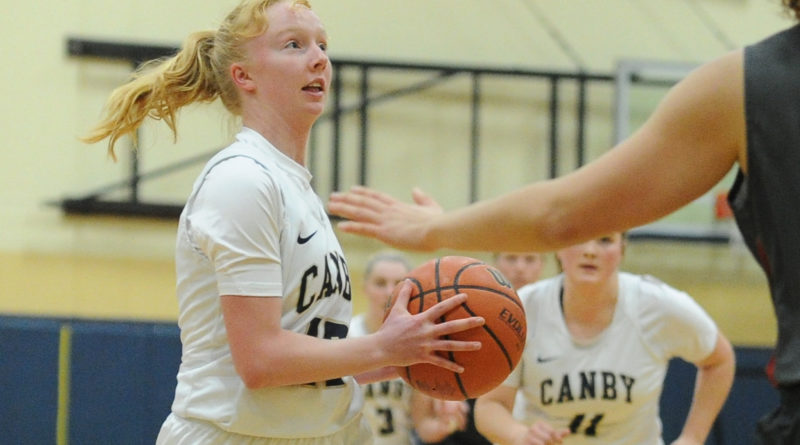 Over the next two weeks, SBLive Oregon will break down more than 100 Oregon high school basketball teams. Here’s our look at the Canby Cougars girls of the Class 6A Three Rivers League.

Thompson is a do-everything guard who will be the senior leader for the Cougars. As a junior, she was voted second-team all-Three Rivers. “Zoe is a really good shooter and a solid all-around player,” Knight said.

Mead received all-TRL honorable mention as a freshman. She is a solid scorer who also can handle the ball and play strong defense. “She is very heady and has a great feel for the game,” Knight said.

The Cougars put together a strong 2019-20 season, finishing fourth in the Three Rivers with an 8-6 league record. They defeated Jesuit in a first-round playoff game and competed well against Liberty in the round of 16, falling 52-42. Three all-TRL players have moved on, a group highlighted by first-team forward Nicole Mickelson, but Canby does have a couple of key pieces back in the fold.

Mead and Thompson were starters a season ago and played nearly all 32 minutes of Canby’s second-round playoff loss. As the Cougars’ only returning starters, the two guards will be asked to contribute in a variety of ways.

“Both will play major minutes again this year and will be counted on to handle the bulk of our ball-handling as well as being major scorers,” Knight said. “Both of them will need to provide great leadership, which they are very capable of doing.”

The other three starting spots are up for grabs. Knight said the lack of a summer basketball season and a true offseason has made it impossible to project a rotation.

“Our strengths this year will be solid guard play and some good outside shooters,” the coach said. “Our weaknesses, in addition to our inexperience, will be a complete lack of size and height.”

“Our goals for this year are simple: have fun and improve every day.” — Chuck Knight