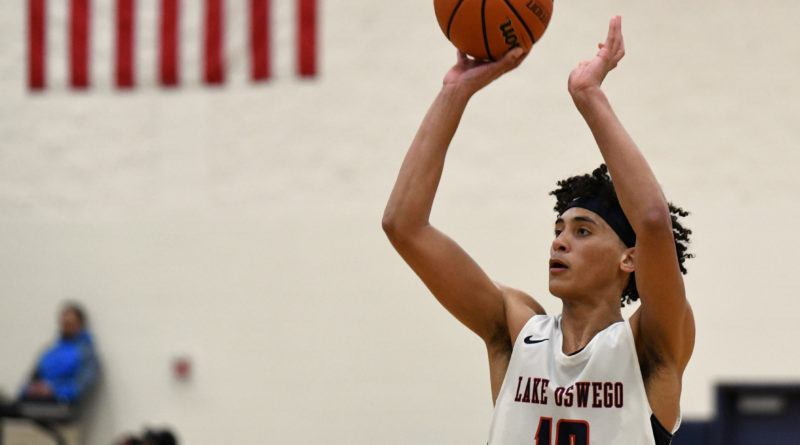 Over the next two weeks, SBLive Oregon will break down more than 100 Oregon high school basketball teams. Here’s our look at the Lake Oswego Lakers boys of the Class 6A Three Rivers League.

One of the state’s top big men, Salton is a versatile forward who averaged 13.7 points and 7.5 rebounds per game en route to first-team all-TRL honors last season. Salton also contributed on varsity as a sophomore after an ankle injury and is eager to impress Division I coaches this spring. “He’s probably been one of the most athletic players in our program from the get-go,” Cho said. “He was the focal point for opposing teams last season. So much attention was being paid to Trace.”

One of the state’s deadliest three-point shooters, Smith improved his physical strength during the offseason. Cho said the 6-foot-2 Smith can now dunk off two feet with ease. “He’s a sneaky explosive athlete and his ability to put the ball on the deck is significantly improved,” Cho said. “He’s a silent assassin who goes about his work, and he’s stepping up as a senior leader.”

Woolf was slated to be a senior starter for Lake Oswego, but the veteran suffered a fractured ankle during a soccer game and could miss the entire basketball season. “But maybe by the end of June he will be back and get on the floor for a couple lineups,” Cho said.

A transfer from Mountainside, Rowell brings size and athleticism to the perimeter. “He is really skilled. Unfortunately, we haven’t done a lot of live contact and been able to evaluate him in a sense,” Cho said.

Bacci is another big body who transferred to Lake Oswego from Southridge. “He has a lot of length and is really, really active,” Cho said. “He’s somebody who should be contributing.”

In a normal winter season, Lake Oswego would have been playing for its fourth consecutive Three Rivers title and a third straight trip to the 6A state tournament. The Lakers surprised some by successfully reloading last season and running the table in league play, and the program appears to once again have plenty of depth at all levels.

“We graduated eight seniors last year, four of them were mentioned in all-league in one form or another,” Cho said. “So, originally, if we were looking at a regular schedule, I was excited about what we had coming back with Trace Salton as the centerpiece.”

Salton, who holds an offer from UC Riverside, can guard one through five and score from the post to the three-point line. Salton and Princeton-bound Central Catholic guard Darius Gakwasi are arguably the state’s top two remaining seniors.

“The hope is with the truncated season that he will still get a chance to have an expanded role and showcase his playmaking and versatility and be one of the top players in the state,” Cho said.

“They are sharpshooters and gym rats who should contribute a big chunk,” Cho said.

With plenty of talent and strong depth, Lake Oswego should once again be among the state’s top teams.

“It’s a good roster,” Cho said. “I’m not sure if … it will be a (true) league championship, but it’s rare in our league for a team to go for four in a row. People may think it’s a short season and approach it as summer league, but for us it’s all about celebrating our seniors completing this journey, especially since we won’t have a state championship to go for.”

“I’m just tremendously grateful for our senior class and their leadership. They continued our culture of community and setting up this junior and senior class for the future.” — Marshall Cho