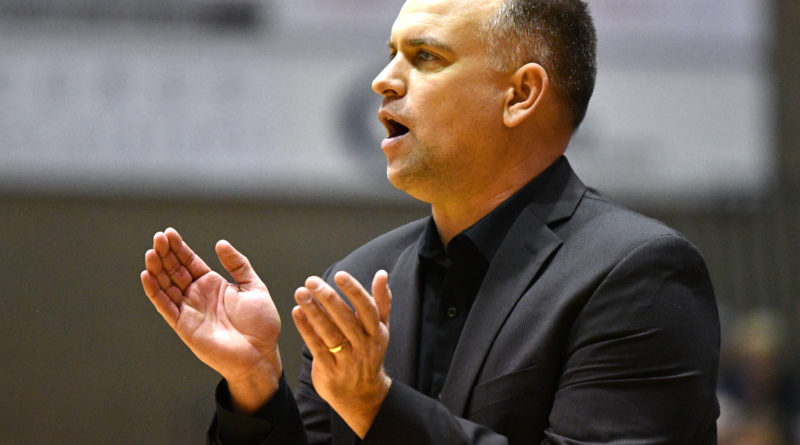 Over the next two weeks, SBLive Oregon will break down more than 100 Oregon high school basketball teams. Here’s our look at the Oregon City Pioneers boys of the Class 6A Three Rivers League.

League record: 5-7 (tied for fourth place in 6A Three Rivers)

Newkirk, a Multnomah signee, is Oregon City’s top returning scorer. He averaged 5.5 points, 2.5 rebounds and 1.2 assists per game as a junior. “Alex is a shooter, a scorer and a primary ball-handler,” Aaron Newkirk said. “He is also a solid defender.”

Payne received substantial minutes off the bench as a junior and will have an elevated role this spring. “Gibsen is a relentless rebounder and defender,” Coach Newkirk said. “He improved his shooting ability in the offseason.”

Fowler was a JV player a season ago. He should be an immediate contributor on the offensive end. “Camden is a skilled post player that can stretch the defense with his three-point shooting,” Coach Newkirk said.

The younger brother of Andre Best, a former all-Three Rivers guard who now plays for Clackamas Community College, freshman Deon Best has already caught the attention of Oregon City’s coaching staff. “Deon is one of the top freshman prospects in Oregon,” Aaron Newkirk said. “He should see significant minutes for us.”

Oregon City, a state tournament team in 2019, caught fire at the end of last season, winning its final four Three Rivers games after a 1-7 league start that included five single-digit losses. The Pioneers then won a road playoff game at North Medford before falling to South Salem in the round of 16. It was the program’s eighth consecutive winning season under Newkirk.

To keep the streak alive this spring, the Pioneers will need to replace several key contributors. Alex Newkirk and Payne are the only returners with experience as a large group of seniors including all-conference selections Andre Best, Jake Gettel, TJ Warren and Dalton Welch have moved on.

“We are going to have perhaps the most inexperienced team in TRL,” Coach Newkirk said. “We will lean heavily on (Alex Newkirk and Payne) and a cast of kids that played JV last year that are skilled but lack experience.”

Fowler headlines the list of varsity newcomers. Newkirk also is excited about seniors Jeffrey Judd, Dom Loeb and Zach Winkel. Promising freshman Deon Best is slated to be a key piece of the equation for an Oregon City team facing an uphill climb against experienced TRL foes.

“Our goal this year is to be competitive in every game and enjoy getting to play,” Coach Newkirk said.

“Our team strength this year will be our togetherness. This is an outstanding group of kids that love basketball and enjoy being around each other. They understand that accepting their roles will be critical if we are to be competitive at all with the other teams in our league.” — Aaron Newkirk