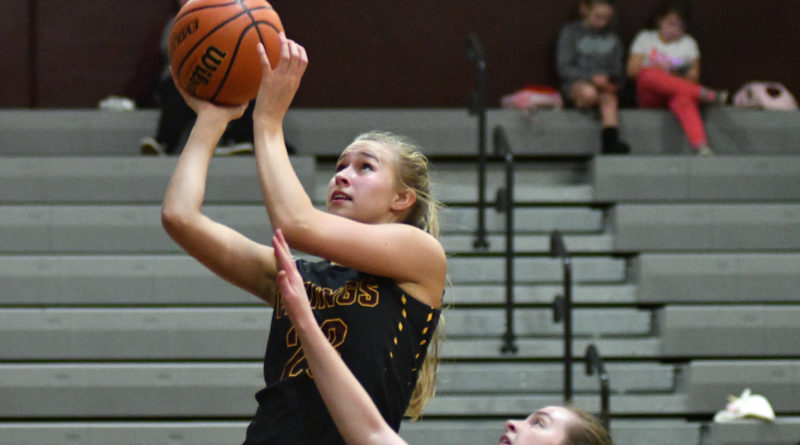 Over the next two weeks, SBLive Oregon will break down more than 100 Oregon high school basketball teams. Here’s our look at the Forest Grove Vikings girls of the Class 6A Pacific Conference.

Playoffs: Lost 65-49 to St. Mary’s Academy in first round

Rebsom averaged close to 11 points per game last season in earning first-team all-Pacific honors, but her work on the defensive end proved even more valuable — she was named a conference co-defensive player of the year. “She’s very long and athletic and pretty dynamic,” Lumpkin said. “She can shoot or drive to the basket.”

Everson, an honorable mention all-conference pick who averaged 6.5 points per game, plays at the top of the Vikings’ press and gets most of her offense off steals and deflections. “She’s a do-everything player who can play anywhere from the two to the five,” Lumpkin said. “She’s very active, a high-energy player, and gets a lot of steals and fast-break baskets.”

Thrush plays center field on the press and presents an imposing force in the middle of the paint. “She’s just a solid post presence in the middle, a strong kid who can score with either hand,” Lumpkin said.

Hammond is a quick point guard who attacks in the open court and finishes well at the basket.

The Vikings have finished at or above .500 each of the past six seasons and have won 18 games two of the past three seasons. They have a solid foundation of returning players and youngsters moving up from the JV and freshman teams that combined to go 42-3 in 2019-20.

The long layoff has muddled Lumpkin’s plans for this season, however.

“With no summer league and no fall ball, it’s hard to gauge the younger kids off their freshman and sophomore years,” he said. “We have six or seven kids we’re looking at and three or four who we think will be key contributors at the varsity level.”

Whoever emerges from that young corps will join the veteran trio of Rebsom, Everson and Thrush, who Lumpkin praised for their effectiveness in running the Vikings’ full-court press. Rebsom, who plans to enter a nursing program upon graduation, and Everson are especially disruptive forces at the front of the press.

“For our seniors, we’re not going to short-change them. This is their senior season, and we’re going to give these seniors everything we’ve got for those six weeks. That’s at the forefront. Then, at the end of June, we’ll say goodbye to the seniors, welcome our incoming freshmen, and get ready for a new look.” — Dan Lumpkin