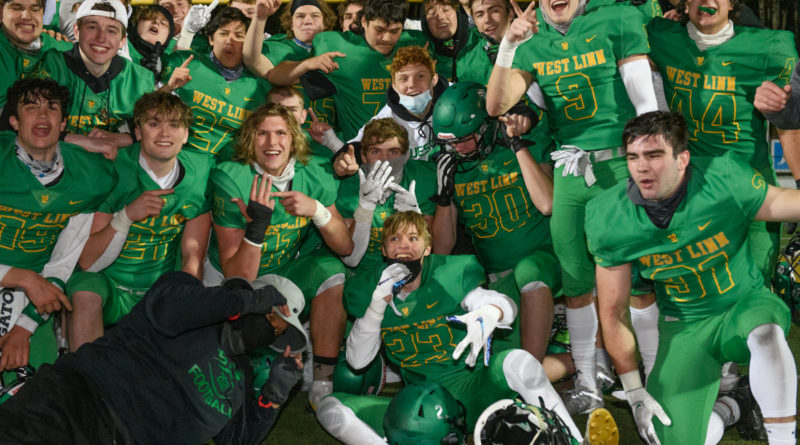 Gavin Haines ran for 119 yards and a touchdown and returned a third-quarter interception 28 yards for a score, and Blake DeBisschop threw for 237 yards and two touchdowns as the Lions staked their claim as unofficial Class 6A champions with a 33-7 home victory over Newberg.

“These six games, we’ve come out and left no doubt who the best team on the field was that day and in the state, in our opinion,” Masters said.

Many fans would love nothing more than one more game for the Lions against Sunset, which won its matchup of unbeatens 38-31 in overtime over reigning Class 6A champion Central Catholic, or West Salem, which finished undefeated after winning the Salem city championship 35-21 over Sprague. Mountain View, which capped a 6-0 season with a 44-7 rout of Bend, also might want in on the action.

“Myself included,” Masters said. “I’d love to go out there and play another one.”

Unfortunately, the COVID-19 pandemic will leave everyone wanting more, hungry for the fall 2021 season when a state champion will be crowned again.

This highly anticipated matchup of 5-0 teams got off to a frightening start when 20 seconds in, Newberg sophomore Hudson Davis went down with an apparent neck injury making a tackle. The game was delayed more than 20 minutes while an ambulance was called to the field to take him to a local hospital.

Tigers coach Kevin Hastin said in a text after the game that X-rays came back normal and the family was still waiting on the results of an MRI study. Davis was still experiencing numbness in his left foot.

“It was a huge blow,” Hastin said. “Our kids seemed down after Hudson’s injury and took a while to recover. It’s a scary deal when it comes to any neck injury, and I’m sure we were all rattled seeing him leave on a stretcher. We’re praying hard that he comes out totally healthy.”

The injury also made a significant dent in the Tigers’ game plan.

“We lost 50 percent of our play calling on offense and his run-stopping ability on defense,” Hastin said. “(Connor) Croskrey had to play both ways all night, which he’s not accustomed to.”

Once the game resumed, West Linn went 73 yards on 12 plays, eight of them carries by Haines, the last a four-yard touchdown with 4:54 left in the first quarter.

Owen Hawley returned the ensuing kickoff 69 yards to set up the Tigers’ lone score, a nine-yard touchdown pass by Levi Durrell to make it 7-7.

A long kickoff return put the Lions in position to regain the lead, which they did on a 45-yard pass by DeBisschop.

From there, the West Linn defense took over, holding Newberg to 159 yards of total offense, intercepting Durrell three times and sacking him four times. Junior Price Pothier, who ran for 299 yards in Newberg’s Week 5 victory over Mountainside, was held to 67 on 12 carries.

“It’s not a big deal for us to get rattled,” Masters said. “We know who we are as a team. We knew we could battle back from anything.”