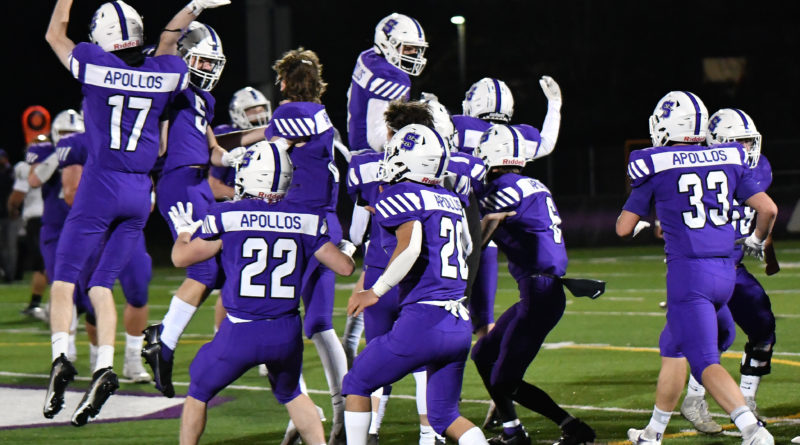 Caleb Kim’s one-yard touchdown, his third scoring run of the game, lifted the Apollos to the overtime victory over the reigning OSAA Class 6A champion Rams at Hillsboro Stadium.

The Rams (5-1) of Southeast Portland closed within 31-20 with 8:10 remaining on Luke Johnson’s first touchdown pass, and they made it a three-point game on Johnson’s second scoring pass, with 4:52 to play.

The Rams tied the score and forced overtime with a 33-yard field goal with seven seconds left.

Kim finished with 26 carries for 156 yards. Jaekel (12 of 26, 245 yards) passed for two touchdowns (both to Stark) without an interception, giving him 16 scoring passes and no interceptions this season.