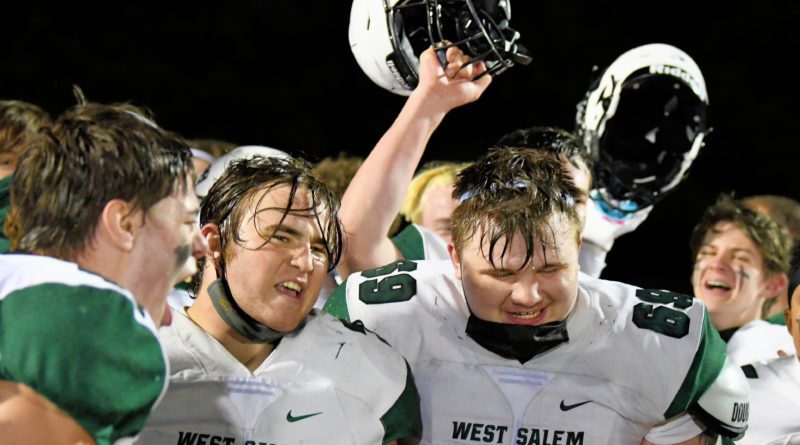 Nate Garcia ran for all five West Salem touchdowns in the Titans’ victory over the host Olympians in a matchup of unbeaten Salem teams.

Garcia’s scoring runs covered nine, six, 43, 15 and 38 yards. His first score came in the final minute of the first quarter and gave the Titans (6-0) a lead they never lost.

Ethan Bullock’s one-yard run pulled the Olympians (5-1) within 14-7 in the final minute before halftime, and Logan Smith’s one-yard pass to Carson VanKempen made it 21-14 with four minutes left in the third.

Smith’s second touchdown pass, a seven-yarder on fourth down to Drew Rodriguez, made it 28-21 with five minutes to play. The Titans responded and kept the upper hand, putting the game away on Garcia’s 38-yard scoring run with 1:24 left.

Check back this weekend for a full story and photo gallery from this game!