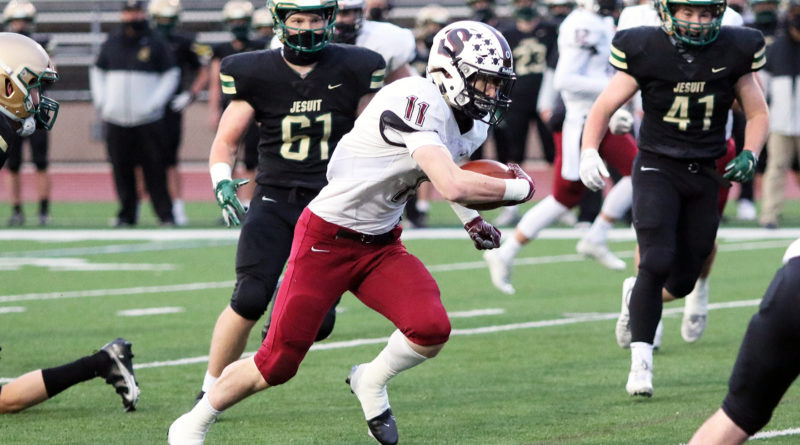 Clay Peden rushed for 153 yards and two touchdowns to power the Bowmen (5-1) past the Foxes (3-2) in Silverton.

Peden closed the season with more than 350 yards rushing and seven touchdowns in his final two games.

The Bowmen led 28-0 at halftime on their way to a fifth consecutive victory since a 14-9 loss to Newberg in Week 1. In their games since, the Bowmen allowed an average of 11.4 points and won by an average of 30.2 points.

Both of the Foxes’ losses were to Class 6A teams. Those teams — besides Sherwood, there was West Salem, in Week 1 — finished with a combined 11-1 record.