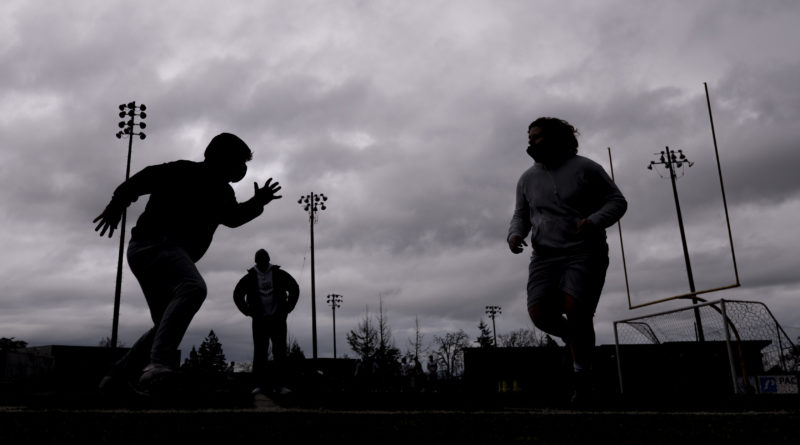 Below is a ranking of the seven undefeated Oregon Class 6A football teams heading to Week 6.

The ranking system combines a little bit of logic, some math and on-field comparisons to quantify what each undefeated team has accomplished.

The system assigns an increasing rank to each successive game. Week 5 games are weighted 20 percent more than Week 1 games (1.20 compared with 1.00). With the uncertainty of this football season, assigning more importance to games played once teams had a chance to get into the rhythm of their season made sense. Games against Class 5A opponents have one-tenth of a “point” subtracted from the game’s weight. (Yes, Class 4A Mazama defeated Class 5A Thurston defeated Class 6A Sheldon, but the transitive gimmick has limited value.)

Margin of victory is a factor, to a maximum of 21 points per game. Some systems discount margin of victory, but evidence shows that scoring margins have value in evaluating teams.

The system uses the winning percentage of each opponent that played an undefeated, with a floor of .100 for any winless teams. The system then factors in the winning percentage of the teams that have defeated the undefeateds’ opponents. In this system, beating a team such as Jesuit, which has a 2-3 record, recognizes that the three teams Jesuit has lost to have a combined 14-1 record (.933).

There was no attempt to try to scale the point totals to demonstrate how much stronger one team is than another, or to separate the teams by an on-field “point spread.” But comparing games shows how the system works.

Had Newberg defeated Mountainside by the same 20 points that Sunset did, that game would have had a “score” of 7.680 for Newberg — reflecting the larger weight assigned to a Week 5 game.

Central Catholic’s “most valuable” win was its 29-point victory over Jesuit in Week 1. Though that game week had the lowest weight and Jesuit has a 2-3 record, the record of teams defeating Jesuit (Central Catholic, Sherwood and Sunset) adds considerably to the Rams’ performance in that game.

What do you think of this system? How would you rank the seven 5-0 teams? If you were to create an eight-team bracket, what team would you add to the seven with 5-0 records? Let us know what you think in the Comments section.