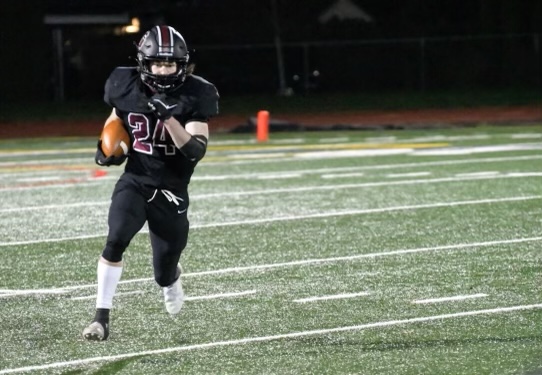 Senior running back Jackson Kind rushed for 157 yards and two touchdowns in his final game at Hare Field, leading the Crimson Tide to the win over the visiting Grizzlies.

The home-field finale had special meaning for Kind. His father, Kevin Kind, was on the Crimson Tide’s 1994 OSAA championship team. Kevin Kind died two years ago.

“This last game at Hare Field was very important to him,” Glencoe coach Ian Reynoso said.

Royce Fasel, who has taken over as the Crimson Tide’s quarterback after moving from running back, completed 8 of 11 passes for 119 yards with three touchdown passes and gained 36 yards and scored a touchdown on the ground for Glencoe (2-3) of Hillsboro.

“He did a great job managing the game,” Reynoso said in a text. “Completed passes when we need him to.”

The Grizzlies (1-4) scored on a pass from running back Preston Ginter to Tony Johnson to make the score 28-7 in the third.