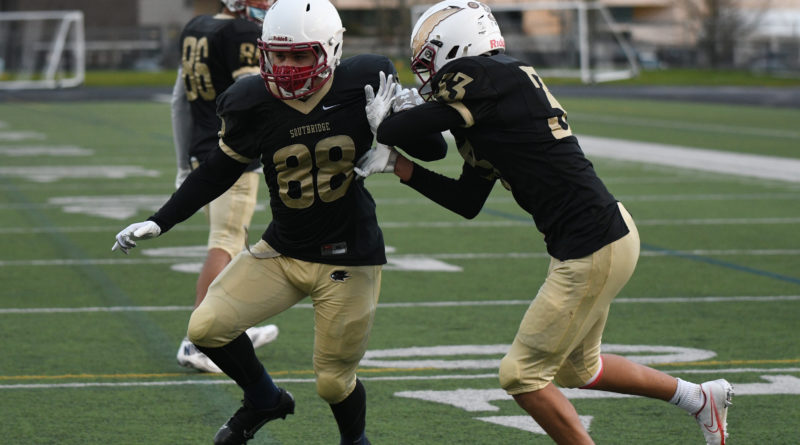 The Skyhawks built a 14-0 lead before the Scots’ first offensive snap in the victory over host David Douglas of Southeast Portland.

After Mitchell’s touchdown on the Skyhawks’ first possession, the Scots (1-2) fumbled the kickoff, and the Beaverton team went up 14-0 on the first of Robert Marquez’s two touchdown runs.

Kirk’s touchdown made it 21-0 in the first quarter. The Skyhawks (2-3) led 28-7 in the fourth quarter when quarterback JC Klee found Gutierrez behind the middle of the defense for a touchdown pass.

Scots quarterback/safety James Haman had 12 tackles. Three times the Scots drove inside the Skyhawks’ 20-yard line, but the threats ended with two interceptions and a turnover on downs.