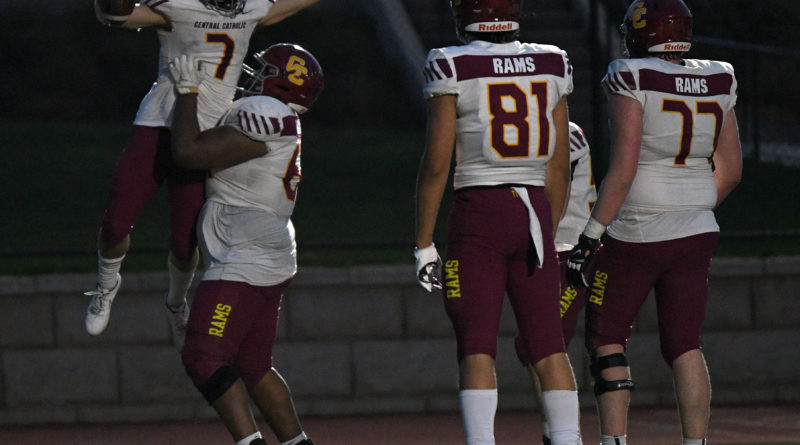 Luke Ash ran for 203 yards and a touchdown and cornerbacks Keontae Johnson-Gibson and Kemeatrous “KJ” Johnson-Gibson were strong on pass defense, but the Rams (5-0) got the go-ahead score with 2:10 left to deny the host Cavaliers (3-2).

Central Catholic of Southeast Portland, the reigning OSAA Class 6A champion, won for the 14th consecutive game. The margin of victory matches the Rams’ lowest during their win streak.

Luke Johnson’s 11-yard touchdown pass to Stryder Todd-Fields broke a 7-7 tie. On a third-and-six play, Todd-Fields lined up to the far right of the line of scrimmage. After the snap, Johnson rolled to his right and threw across the field to Todd-Fields, who had lost his defender and hauled in the pass in the shallow part of the left side of the end zone.

Ash had 32 carries, the most important of which was a 19-yard touchdown that tied the score with 1:33 left in the third quarter. Ash has rushed for 484 yards and five touchdowns in his past three games.