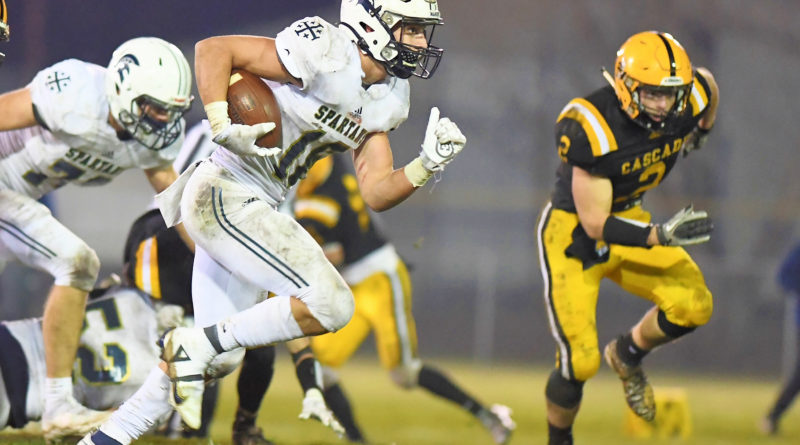 Luke Patterson scored four touchdowns (two receiving and two rushing), Lucas Tuski ran for two fourth-quarter scores, and the Spartans of Eugene pulled away from a 12-7 halftime lead to defeat the visiting Pirates (4-1) of Coos Bay in a matchup of Class 4A powers.

Kayden Ayoma had two interceptions for the Spartans (4-1), whose only loss was by two points to Class 5A Silverton (3-1).

The Pirates took a 13-12 lead on Montiel’s touchdown pass to Pierce Davidson. Marist Catholic then seized control, getting two touchdown runs by Patterson and the first of Tuski’s scoring runs, for a 32-13 lead.

Montiel added a third touchdown pass, to Noah Niblett, midway through the fourth quarter to make the score 32-21.