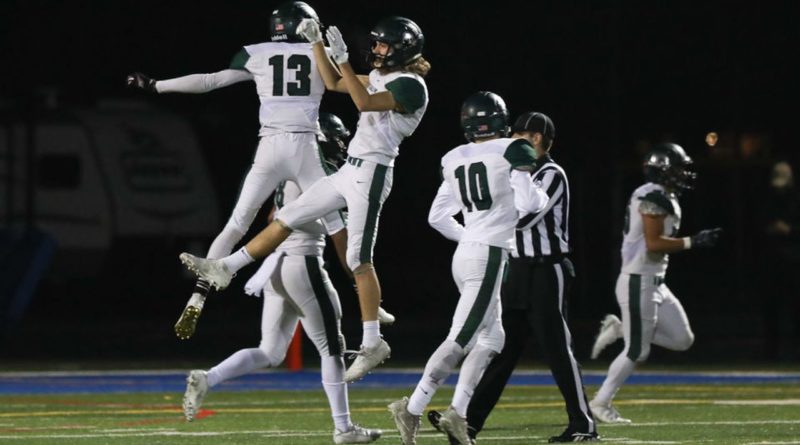 The Titans (5-0) got three touchdown passes from Jackson Lowery and important contributions on defense and special teams in defeating the visiting Royal Scots (0-5) of Salem.

Lowery finished 13 of 21 for 230 yards. In addition to the three scoring passes, he ran for a touchdown.

Nate Garcia (10 carries, 85 yards) ran for a score and returned a kickoff 93 yards for another touchdown.

Andrew Bulgin and Martin Trujillo had interceptions, and Ferguson recovered a fumble.

The game was competitive until the Titans capitalized after forcing a fumble when McKay reached the West Salem 2-yard line.