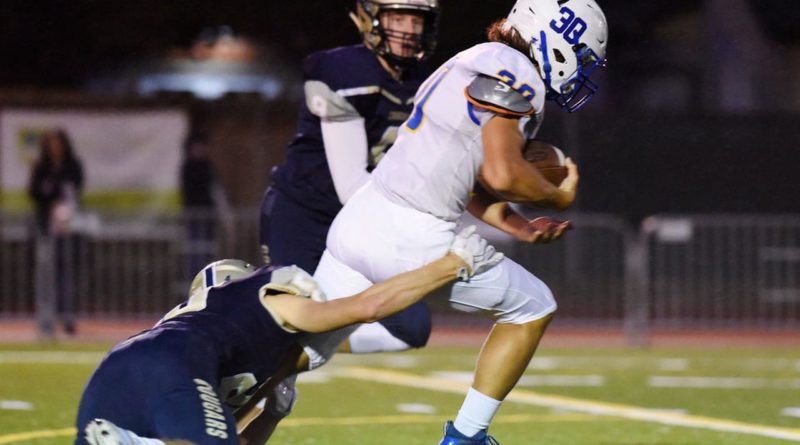 Owen Hawley’s interception with 1:15 left sealed the Tigers’ nail-biting victory over the host Mavericks (2-3) in Beaverton.

Mountainside stopped a Newberg drive on fourth and goal and exploited the defensive stand on Andrew Simpson’s 99-yard touchdown connection with Brian Mannion. Simpson got behind the Tigers’ defense, hauled in the pass at midfield — meaning Mannion threw it more than 50 yards — and ran it into the end zone from there.

Another scoring pass from Mannion, this one on a fourth-and-goal play, pulled the Mavericks within six points with eight minutes to go.

The Tigers then worked the clock to under two minutes before punting, and they snuffed the Mavericks’ last hopes with Hawley’s interception.

Hudson Davis had 72 yards rushing and a touchdown, and Conner Croskrey had five tackles and a sack for Newberg’s defense.

Mannion passed for 331 yards and four touchdowns, two to Sammy Cohen and one to Parker Groth.

“It was an excellent high school game,” Mavericks coach John Mannion said in a text. “Credit to an excellent Newberg team.”