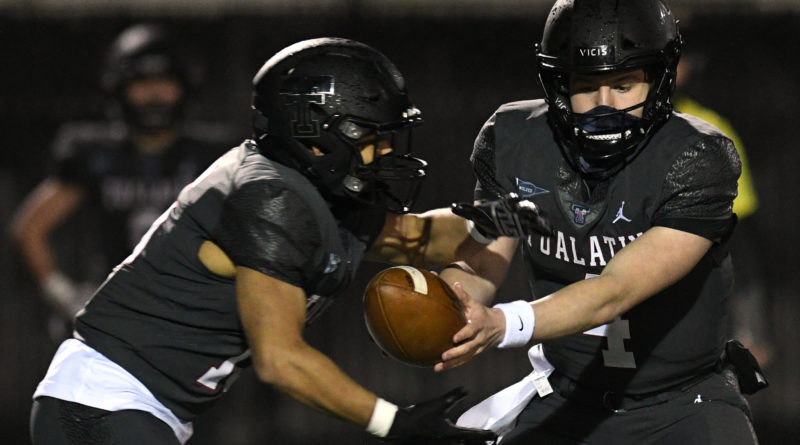 Jackson Jones passed for three touchdowns, Cole Prusia had two scoring catches, and Malik Ross ran for two touchdowns to pace the Timberwolves to the home-field win over the Tigers (1-3).

Jones was 17 of 28 for 234 yards and has passed for 10 touchdowns in his past three games. Jake Alton had one of Tualatin’s scoring catches.

The Tigers made the score 7-7 three minutes before halftime on a pass from Zach Chesler to Keenan Speer-Johnson.

Since a Week 1 loss to No. 1 West Linn, Tualatin (4-1) has averaged 40 points per game and has an average margin of victory of 19 points.