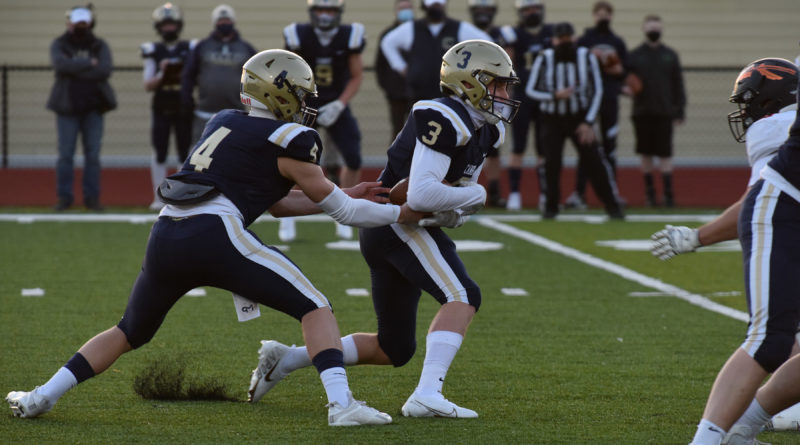 No. 7 Canby 42, No. 8 Scappoose 27: Tyler Mead scored six touchdowns — on the ground, through the air and on an interception — to highlight the Cougars’ home-field victory over Scappoose (2-2).

Cougars quarterback Mikey Gibson left in the fourth quarter with an apparent lower-body injury serious enough to call into question his availability for next week’s game against No. 2 Wilsonville. Coach Jimmy Joyce said in a text, “We are optimistic. We will see how it looks over the weekend.”

Mead had 17 carries for 207 yards, a touchdown catch of 35 yards and a 77-yard interception return for the Cougars (3-1). Jackson Valdrow added 76 yards on 10 carries. Gibson eclipsed 200 yards of total offense.

In addition to Mead, Joe Brauckmiller and Theo Netter had interceptions for the Cougars, whose loss was to Class 6A Clackamas.

The Cougars learned this week that wide receiver Chance Miller, who has been accepted into the Air Force Academy and was SBLive Oregon’s preseason favorite for Class 5A offensive player of the year, has been lost for the season.