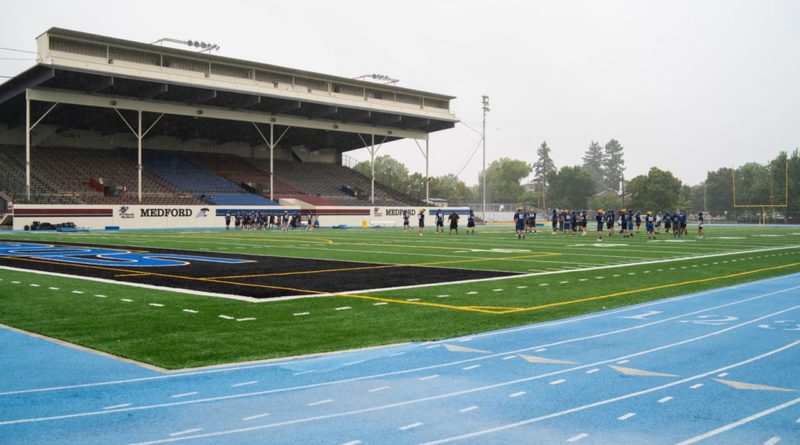 South Medford 56, Grants Pass 55: Jude Pannell’s point-after kick was the difference in the third overtime as the Panthers (3-1) defeated the host Cavemen (2-2).

Each team scored a touchdown and was successful on the point-after kick in the first two overtimes.

The Cavemen, getting the ball to start the first and third overtime periods, scored on a short run by David Ruiz and a 15-yard pass from Hunter Gonzales to Jett Hood.

The Panthers’ first two overtime touchdowns came from Carson Cota (a 23-yard pass from Deacon Edgar) and on an 11-yard run by Colton Samis.

In the third extra session — with the offenses starting at the 10 instead of the 25 — Jayden Brown scored from the 2 to put the Cavemen up 55-49, but the point-after kick hit the left upright. Garrett Henderson’s short scoring run for South Medford set up Pannell for the winning kick.

Grants Pass’ two losses have been by a combined eight points.