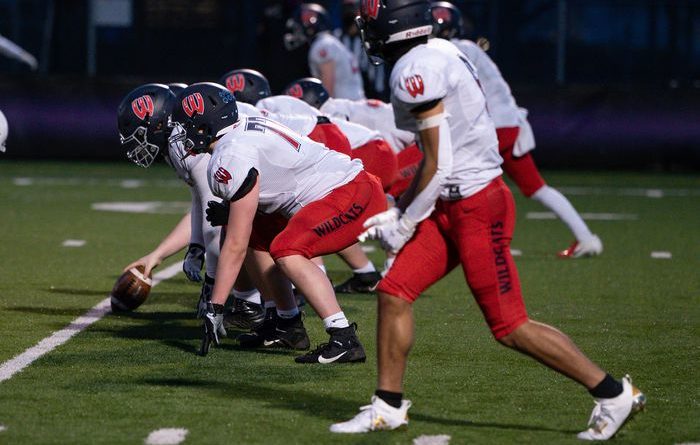 Westview 7, Jefferson 6: Jordan Fisher ran for a touchdown in the third quarter, Rayan Mahin kicked the extra point, and the Wildcats denied a two-point conversion attempt from the 17-yard line with 1:33 left to protect their lead and defeat the host Democrats (2-2) of North Portland.

After Damir Collins’ four-yard touchdown run pulled the Democrats within 7-6, Jefferson was penalized for unsportsmanlike conduct, pushing the conversion try from the 2 to the 17. On the conversion attempt, quarterback Dondrae Fair rolled left and connected with Collins, but he was angled out of bounds short of the end zone.

The Wildcats’ Drew Bennett covered the Democrats’ onside kick, forcing Jefferson to exhaust its timeouts on defense during Westview’s next possession.

Although the Democrats forced Westview to punt with 23 seconds left, Jefferson muffed the punt. The Wildcats (2-2) of Northwest Portland recovered the ball and ran out the clock.

Photo by Tim Healy, for The Oregonian/OregonLive