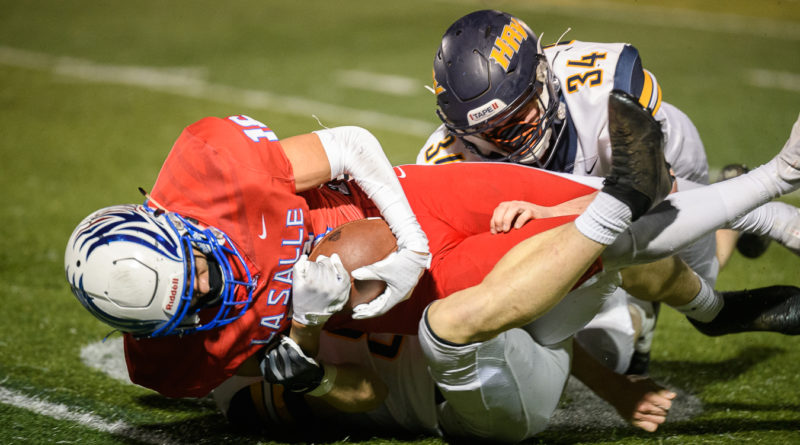 Friday’s Northwest Oregon Conference East matchup between La Salle Prep and Putnam has been canceled after the Falcons went into COVID-19 quarantine this week.

“No fun for anyone,” La Salle Prep coach Aaron Hazel said in a text confirming the cancellation.

Putnam coach Tim Jacobs said the team has not found a replacement game, although the Kingsmen have burned the phone lines looking for an opponent while also considering other options, which includes a slight chance the game could get rescheduled to Monday.

“It’s unfortunately where we’re at, but that’s the nature of the game right now,” Jacobs said.