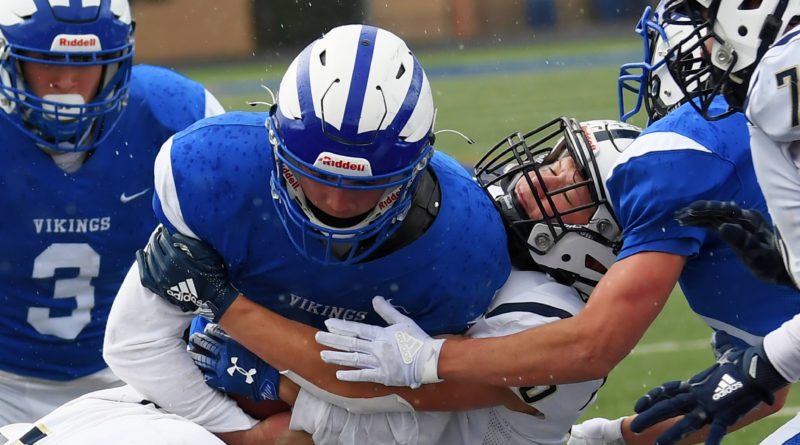 Now, we focus specifically on the Week 4 schedule. Here is an inside look at the top high school football games across the state of Oregon this week (March 25-27).

The Vikings travel to the Eugene area for the second consecutive week, this time to take on the two-time defending Class 5A state champion Colts. Mazama’s defense, which hasn’t given up a point in three games, will be severely tested by a Thurston team averaging 41.7 points per game.

The teams enter the Metro League matchup from opposite directions — the Mavericks off a 58-2 rout of Southridge, while the Crusaders fell at home to Sherwood 26-7. Jesuit has won both previous meetings by a combined 84-10.

The next stop on the Lions’ unofficial revenge tour comes this week at home against a Lakers team that has beaten them each of the past three seasons — including 20-17 in 2019. West Linn ended a four-game losing streak to Tigard last week and would love to end another such streak Friday night.

The Cougars have owned this city rivalry in recent years, winning each of the past four meetings — including a 33-3 victory to open the season — and 10 of the past 12. The Storm have defeated Bend and Beaverton since and would love to exact revenge on Mountain View’s home field, where they haven’t won since 2016.

Both of these Three Rivers rivals enter off tough losses last week. The Tigers fell at home 35-15 to a veteran West Linn squad, and the Pacers had a 20-point fourth-quarter lead evaporate in a 42-33 loss to Tualatin.

In a normal season, this NWOC West match between a couple of 2-1 teams would have significant playoff implications. The Cougars have rebounded from a Week 1 loss to Clackamas with back-to-back victories over Hillsboro and Cascade. Scappoose’s offense is clicking, with the team having scored 95 points in the past two weeks in wins over Forest Grove and Hillsboro.

The Bulldogs have dominated the “Civil War” rivalry lately, having won nine of the past 10 meetings — including last season’s 51-6 rout — entering the 140th edition of the matchup, which dates to 1907. Marshfield leads the series 87-42-10 and should enjoy staying home this week after making a cross-state trek to Prineville last week to defeat Ontario 56-8.

The Tigers haven’t started 3-0 since 2013 and already have exceeded their win total from the previous two seasons combined. They’ll face a significantly stiffer test this week against the defending Class 3A state champion Eagles.

The Titans haven’t given up a point to a Salem-area rival this season, beating South Salem and North Salem by a combined 95-0. They’ll try to end a two-game losing streak against the Celtics, who enter smarting from a 28-0 loss to Sprague last week.

The defending Class 6A champion Rams seemingly haven’t dropped a stitch after the graduation of the senior class that led their title run. The Generals wanted to test themselves this season with a strong senior class and enter Saturday’s game at Franklin High School off a tough 19-12 loss to Clackamas.