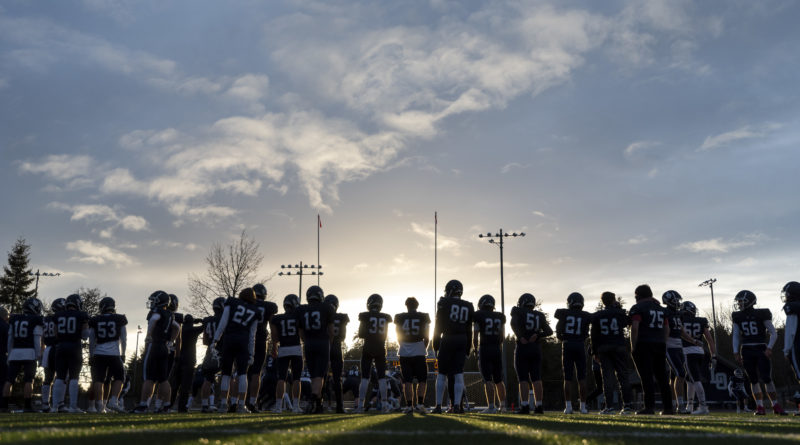 Here are five things that stood out during the third weekend of action.

New coach has Franklin flying high in his first season

There’s still a lot of work for first-year Franklin coach Jesse Thompson to do in rebuilding a program that suffered consecutive 1-8 seasons in 2018-19 and hasn’t won a state playoff game since 1996.

Still, after a 28-0 victory over Madison on Saturday, the Lightning find themselves 3-0 for the first time in a dozen seasons after posting their first shutout since 2017.

“I did have some confidence going into the season that we could compete with some teams if we stayed healthy and played the kind of football that I and my staff were trying to instill,” Thompson said. “This is my first year in the program, so I can’t 100 percent speak to what went on here before. I can say that we have focused more on the process here and less on the results.”

That process includes infusing the program with energy and vibrancy that have been missing the past few seasons.

“My staff challenges our guys daily to reach their full potential, regardless of the outcome,” Thompson said. “I think the players respond well to the energy we bring and demand, but also the honesty with which we approach every teaching opportunity.”

The schedule has helped the Lightning experience early success under their first-year coach. They have avoided the PIL’s powers, Grant and Jefferson, opening with a 13-9 victory over Gresham, followed by wins over city rivals Cleveland and Madison.

Posting a winning record — a win against Roosevelt or Aloha or against whomever Franklin draws as a culminating-week opponent would clinch an above-.500 mark — would do wonders for Thompson’s turnaround efforts, creating more buzz around the program and motivating current players to keep the momentum going.

The Lightning also have benefited from the emergence of junior quarterback Zander Garner, who threw for a touchdown and ran for another in the win over Madison, and sophomore running back Joel Beltran Martinez.

Another star quarterback has popped out of the Sheldon pipeline

Sophomore Brock Thomas entered the Irish’s spring season with much fanfare from the 2020 summer camp circuit, including a runner-up finish to Tacoma Lincoln sophomore Gabarri Johnson (the nation’s No. 2 dual-threat quarterback in the 2023 class) in the NW9 Main Event Finalist Underclass division over Labor Day weekend.

After winning the starting job in a four-way competition and having to wait two weeks through a COVID-19 quarantine to take the field, Thomas finally made his debut Friday night — and what a debut it was.

He completed 10 of 13 passes for 148 yards and three touchdowns and an interception and ran 15 times for 134 yards and three more scores as Sheldon opened with a 48-32 home victory over Willamette.

Brock Thomas (Sheldon) photo by Michele Bunch, for The Oregonian/OregonLive

“Brock did great,” Irish coach Josh Line said. “He showed a lot of the athleticism we know he has and for the most part made sound decisions. I know he’d like to have a few plays to do over again, but that’s to be expected for a quarterback with little experience.”

Thomas follows a long line of standout Sheldon signal-callers, the most recent of whom was Griffin Line, who’s now at Saddleback Junior College in California.

Before Line came Michael Johnson Jr., who’s now at Penn State, Kellen Strahm (a minor-leaguer in the Texas Rangers organization), Dillon Miller, and the standard-bearer of former Irish quarterbacks — Justin Herbert, who shined at Oregon and recently earned NFL offensive rookie of the year honors with the Los Angeles Chargers.

Of course, none of those previous quarterbacks had to endure the wait the Irish had while waiting to kick off their 2021 spring season.

“We all had a blast Friday,” Line said. “It was a great reminder of why we play in the first place. High school football is fun, and it was great to watch the kids have fun out there again.”

Count Tualatin out of a game at your own peril after 20-point comeback vs. Lakeridge

Down 27-7 with 12 minutes to play at home against Lakeridge, the Tualatin sideline didn’t panic.

Coach Dan Lever knew an accumulation of little mistakes through three quarters had hurt his team. Clean those up, and he figured the Timberwolves had a comeback in them.

“We just needed to be a little more consistent throughout the game and take advantage of our red-zone opportunities,” he said.

A touchdown early in the quarter drew them within 27-14. Then, they recovered an onside kick by Dominic Borges and scored again.

“That really fueled the comeback,” Lever said. “There was lots of energy and momentum after that.”

After a punt, Tualatin took the lead on a 23-yard pass from Jackson Jones to Cole Prusia. In a six-minute span, the Timberwolves had erased the 20-point deficit; they scored 35 points in the final quarter to defeat the Pacers 42-33.

“This group has some real grit,” Lever said. “After the game, we talked about the importance of never giving up in football or in life. Take it a play or a day at a time and just keep putting one foot in front of the other and plugging away, and the rest will sort itself out.”

The best game of the weekend turned out to be a matchup featuring SBLive Oregon Class 4A No. 1 Marist Catholic and Class 5A No. 7 Silverton in Eugene.

The two powerhouses exchanged touchdowns throughout the night, with the Foxes hanging on for a 35-33 victory when the Spartans’ bid for a tying two-point conversion with 1:25 to play sailed high.

“It was a back-and-forth battle all night between two tough teams,” Silverton coach Josh Craig said. “We told the players early in the week that the whole 4A/5A difference goes out the window when you play a team like Marist. A well-coached team is a well-coached team, no matter the classification, so we knew they would be tough to beat.”

The game came about when Silverton found itself with an opening in its schedule after Crescent Valley chose to play a JV schedule this season because of a lack of numbers in its program. Marist Catholic also had an open date last week, and Foxes coach Josh Craig saw the matchup as a good fit.

“Ultimately, we played hard enough to get the win while learning where we need to get better, which is a good outcome,” said Craig, looking to a second-half schedule that includes games with fellow Mid-Willamette powers West Albany and Lebanon.

“The win was big for us because we know Marist is a good team, and good teams want to play other good teams. We’re hoping to keep dialing in our focus down the stretch and continue to get healthy. If we do, I think our best football is still ahead of us.”

Neither team led by more than a touchdown. The Foxes grabbed a 35-27 lead with 6:37 to play on Caden Smith’s third rushing touchdown of the game.

After recovering a fumble, the Foxes had a chance to put the game away, but Marist Catholic’s defense held and got the ball back with 2:25 remaining. Facing fourth-and-23, Joey Laing hit Hagan Stephenson on a 52-yard Hail Mary pass to keep the drive alive, and a couple plays later, the duo connected again on a 20-yard touchdown to close the gap to 35-33.

“We were in position, and (Laing) put the ball in a perfect spot, and their receiver never lost focus on the ball,” Craig said. “A good job by Marist for coming through when they needed to.”

This time, it was 2018 state champion and 2019 finalist Lake Oswego, which was making its season debut after being in COVID-19 quarantine the first two weeks. The Lakers led just 21-13 at halftime before putting their foot on the gas pedal in the second half en route to a 42-20 victory.

“We played a good game and hung in the game for a long time,” Pioneers coach Dustin Janz said. “Ultimately, we didn’t get it done in some key moments, which cost us the game. Proud of the team — we just have to keep growing and learn how to win the key plays in the game and give ourselves a chance in the end.”

The rest of their scheduled games offer no respite, with 2019 quarterfinalist Tualatin next followed by the annual Battle for the Bridge rivalry game with SBLive Oregon Class 6A No. 1 West Linn.

With solid junior and sophomore classes, the Pioneers hope to build some momentum over the final three weeks and perhaps turn one of these close-but-no-cigar efforts into a victory that propels them into the fall 2021 season.

Mazama put up a statement victory Saturday afternoon at Cottage Grove High School, beating 2019 state finalist and 2018 champion Banks 38-0 and establishing itself as perhaps the top contender to knock La Grande off its perch atop Class 4A.

But the Tigers, as they did last season, quietly posted another victory, extending their win streak to 14 games with a 20-19 victory at perennial Class 3A power Vale in a Greater Oregon 4A/3A League matchup.

The Tigers figured this season would be a bit of a restart after graduating a senior class that won state titles in football and wrestling the previous school year, so coach Rich McIlmoil liked how his team fared in a key road test.

“This was huge because we were at times having eight sophomores on the field, and it was really big for our juniors and sophomores to blend together and become a team,” McIlmoil said. “Vale is a good team with a lot of tradition, and it was their Senior Night, so they were going for blood, so to speak.”

La Grande suffered a blow when a returning standout from last season’s championship team, junior linebacker Brody MacMillan, left the game with a knee injury. The Tigers took the lead for good on Braden Carson’s 4-yard run midway through the fourth quarter.

“We really rely on Brody, and we had to learn how to play without him,” McIlmoil said. “It was a learning experience for them. They had to learn that it’s not going to take one person, but a team, to pull that one out. That’s why you play football — to learn how to overcome adversity.”