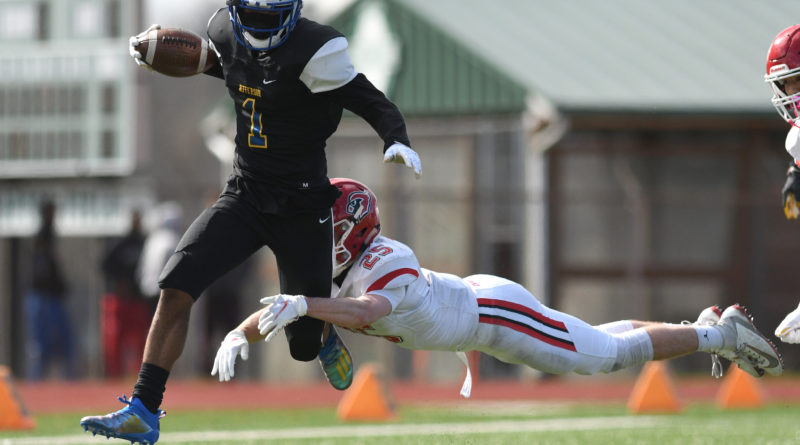 Jefferson 32, Roosevelt 14: The Democrats piled up 402 yards of total offense and forced five turnovers in defeating the visiting Roughriders in an all-North Portland matchup.

Trejon Williams contributed in all facets of the game for the Democrats (2-1). He scored one touchdown on a 72-yard punt return and another on a 37-yard reception. He had six tackles, two sacks, a forced fumble, a fumble recovery and an interception.

Sakari Haynes had a long touchdown and DJ Rosemon had a fumble recovery touchdown for Roosevelt (1-2), which lost starting quarterback Imarion Kelly with a shoulder injury in the second quarter.