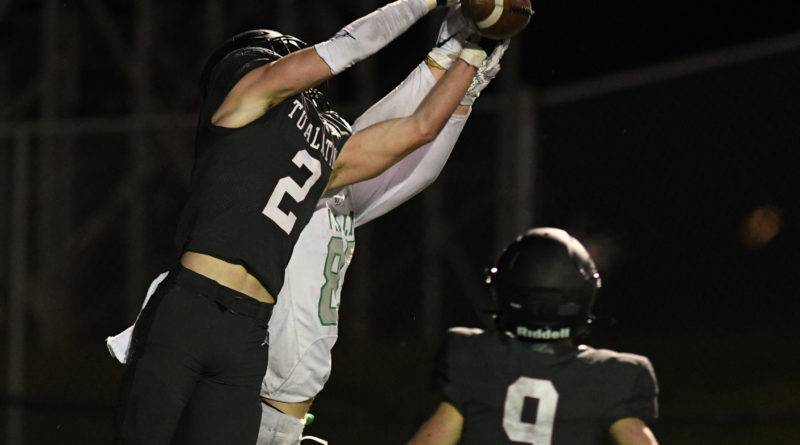 No. 9 Tualatin 42, Lakeridge 33: The Timberwolves came back from a 27-7 fourth-quarter deficit, scoring 35 points in the final 12 minutes to defeat the visiting Pacers (1-2) of Lake Oswego.

Tualatin (2-1) took a 28-27 lead on a 23-yard touchdown pass from Jackson Jones to Cole Prusia with about six minutes left and stayed on top from there.

Pacers quarterback Ryan Oliver (27 completions on 37 passes) had 356 yards passing and three touchdowns — both season highs. He also initiated another of Lakeridge’s touchdown passes with a lateral throw to Andrew Oliver, who launched a 35-yard scoring pass to Leyton Richards.

Lakeridge’s Bryce Caufield had two touchdowns and 80 yards receiving, and Calvin Heimberg had an interception on defense.