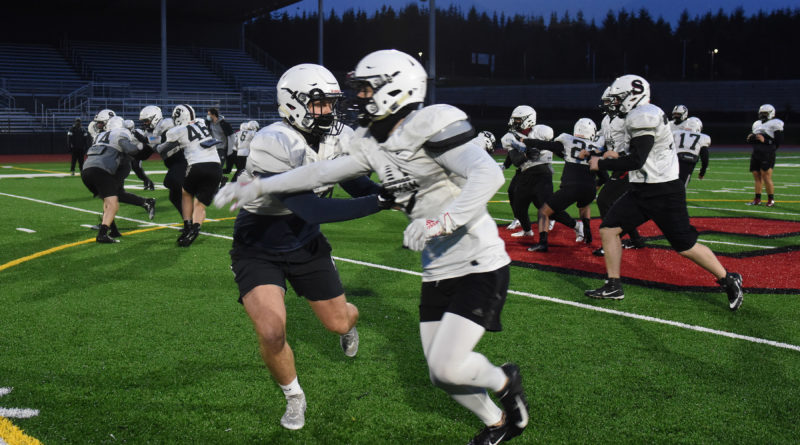 No. 9 Sherwood 26, No. 3 Jesuit 7: A fumble recovery set up one touchdown and a defensive stand was the springboard to another as the visiting Bowmen (2-1) defeated the Crusaders (1-2) at Cronin Field in Southwest Portland.

With the Bowmen leading 7-0, Quinn Corsetti recovered a fumble by the Crusaders. Sherwood capitalized with a 46-yard touchdown run by Tai Stormont, his second touchdown run of the game, for a 14-0 lead about eight minutes before halftime.

Jesuit closed to 14-7 on Tatum Lewis’ touchdown pass to Spencer McKelligon and was within one score at the half. After intermission, Sherwood converted a fourth-down stop into an 81-yard touchdown pass from Bjorn Bergstrom — his only completion — to Jacob Pollock late in the third quarter.

Sherwood linebacker Bryan Cuthbertson left the game with an apparent elbow injury. Coach Greg Lawrence said in a text he was not sure about the injury but Cuthbertson “may have a fractured elbow.”