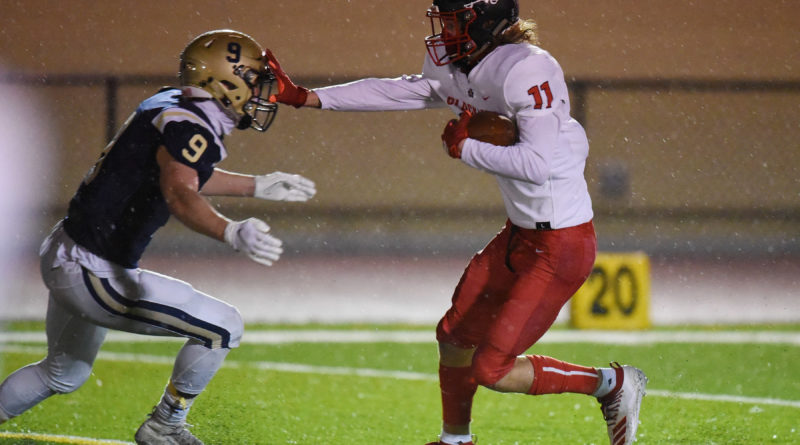 The Oregon high school football season kicked off last week, and SBLive rolled out a comprehensive statewide preview, including a look at 25 of this season’s top games.

Now, we focus specifically on the Week 2 schedule. Here is an inside look at the top high school football games across the state of Oregon this week (March 11-13).

The 4A champion Tigers finally get to open their season after missing Week 1, traveling to meet a Bulldogs team that qualified for the 3A state playoffs in 2019 and opened its season by routing Ontario 46-14.

Two teams that posted big Week 1 victories — the Apollos 40-0 over Sandy; the Mavericks 49-7 over Beaverton — meet for what would have been a huge game in the Metro League title race under normal circumstances.

The Crimson Tide defeated one of their Hillsboro rivals to open their season last week, beating Liberty for the second consecutive season. They’ll go for another win against a Jaguars squad that won its opener for the first time since 2015, beating McMinnville 28-13.

The Tigers were unable to find an opponent last week after Lake Oswego was forced into COVID-19 quarantine, so they’ll make their debut this week against a Pioneers team that last beat Tigard in 1976 (0-8 since, including 50-13 last season).

After an emotional Week 1 victory over Oregon City, the Pacers face a stiff test against SBLive Oregon’s top-ranked team in Class 6A. The Lions romped past Tualatin 37-6 last week and have won seven in a row against Lakeridge dating to 2013.

It’s been 11 seasons since these programs have met, and they come in from opposite directions — the Crusaders licking their wounds after their 35-6 Holy War defeat against Central Cathollic, while the Cavaliers opened the season with a 32-15 victory at Canby.

This traditional Southern Oregon Conference matchup of yesteryear disappeared when the Comets dropped to 5A in 2014. Reunited for one season because of the pandemic, the Cavemen look to bounce back from a 27-20 Week 1 loss to North Medford, while Crater hopes its offense catches up to its defense following a 9-6 win over South Medford.

The Wolverines hadn’t won a season opener since 2013 before knocking off North Eugene 40-21 last week. They face an even sterner test this week against their Midwestern League rivals, the two-time defending 5A state champion Colts, who have won the past two games in their longtime series by a combined 124-7 score.

Last season’s matchup came down to the final two minutes, with the Huskies capping a rally from a 20-14 deficit to win 26-20 — snapping a nine-game losing streak in the series and securing the Tri-Valley title.

The Antelopes beat the Rockets 78-24 last season to win the 1A Special District 3 championship en route to the program’s second state title. Adrian ended up in a co-op again with Jordan Valley and playing an independent schedule this season assigned as a 2A school but playing an eight-man schedule.