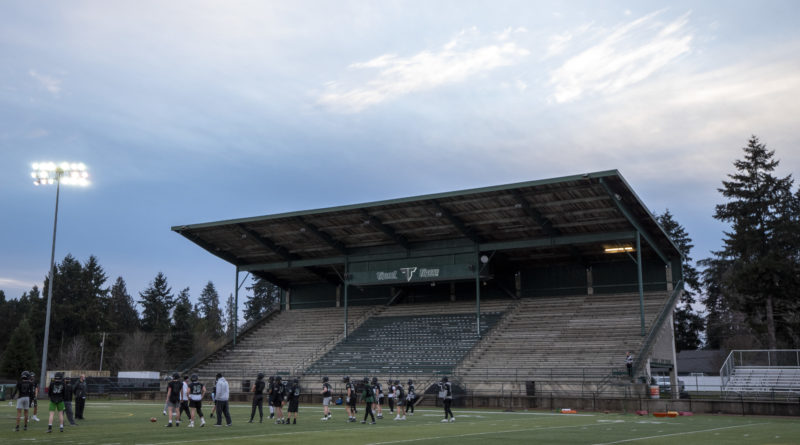 Entering camp, it looked as if Tigard’s quarterback competition would be a two-person affair.

But when the Tigers return to the field March 12 against Oregon City (their opener against Lake Oswego was canceled because of a COVID-19 outbreak at Lake Oswego), it will be senior Zach Chesler who will take over for three-year starter Drew Carter.

Chesler was not one of the two names initially in the conversation, but the former quarterback rejoined the fray after moving to receiver with Carter firmly ensconced under center.

When Carter decided to graduate early to begin his football career at the University of Colorado, that opened the door for Chesler to make the move back to quarterback. He beat out last season’s No. 1 backup, junior Kellen Jolley, and sophomore Cameron Masters-Doble (the freshman team quarterback in 2019) for the job.

“Zach stood out with his decision-making, his understanding of the offense and throwing the ball with confidence,” Tigers coach John Kemper said.

Tigard football a top casualty of lost 2020 fall season, but Tigers still have bright days ahead