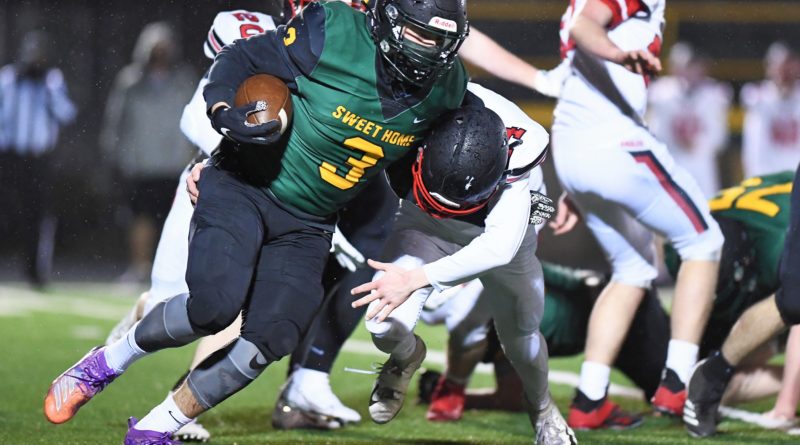 The Oregon high school football season kicks off this week. Here are one writer’s preseason Class 4A power rankings. Click on the link to read the team’s complete season preview.

The Bulldogs have made one state playoff appearance since 1973 and have tasked first-year head coach Ken Mace with building a culture and turning around the program.

Milwaukie has dropped from 5A to 4A, a place more suited for the numbers of the school. Sure, the Mustangs will be in a tough Cowapa League, but they welcome the challenge.

The Falcons reached the play-in round last season and will transition to an I-formation offense as they build toward a fall 2021 season they hope ends in the state playoffs for the first time since 2013.

Things can only go up for a program that suffered through a nightmarish 2019 campaign. The Tigers will build around junior quarterback Ruben Hernandez.

The White Buffaloes made the 3A state playoffs each of the past two seasons after a six-year postseason drought. They return to the 4A ranks feeling ready to compete in the Tri-Valley.

With 15 returning seniors, the Valiants thought they could have competed for a play-in berth and perhaps reached the state playoffs for the first time since 2013.

After getting back to the state playoffs last season, the Knights look to build off that momentum with a number of juniors moving up from a successful JV team.

The Pelicans were built from the inside out, with an offensive line that averages close to 285 pounds, but this season’s team also features a young but deep skill group that will allow them to open the playbook a bit.

The Seagulls have talent but are young. Seaside will start three or four seniors on each side of the ball, meaning there will be a lot of returning players for the fall of 2021.

The Huskies graduated 11 seniors who earned all-league recognition, but with senior QB Aiden Tyler and WR Cole Baxter back, they will remain competitive this season.

The Cheesemakers hadn’t won a state playoff game in two decades before advancing to the quarterfinals last season. Now, it’s about maintaining that level of play behind a defense led by junior DL Aiden Johnson and senior LB Miquel Niemi.

The Highlanders felt like they were moving down to 4A just in time to enjoy a football renaissance. The pandemic delayed things, but with strong sophomore and junior classes on the way, the future looks bright.

The Eagles graduated nine all-league players, including offensive player of the year Ben Rash, but they have a deep group of sophomores and juniors who will gain experience to prep for fall 2021.

Young but talented. That’s the Rangers in a nutshell. They have only five seniors, but they would have been favored to extend their playoff streak to five seasons.

The Cougars have only one senior back from a team that won the Oregon West title in 2019. A strong junior class takes the reins this spring in anticipation of another title run in the fall.

The Bulldogs were well-positioned to make a deep playoff run this season, having graduated only three starters on defense and four on offense. Their four losses in 2019 were to eventual state champion La Grande twice, runner-up Banks and Idaho 3A runner-up Homedale (combined record: 34-2).

The “golden generation” has come and gone after winning the 2019 title, and with only three seniors back but a loaded junior class waiting in the wings, the Tigers will dedicate this season to reloading for another state championship run in the fall.

The Huskies changed coaches after a Tri-Valley championship season, but they don’t figure to take a step back this spring. They have two-way all-state senior Tanner Saucedo to lead the way and a couple of talented sophomores to build around in Gabe Mata and Colin Elliott.

The Pirates boast two all-state defenders in senior DB Noah Niblett and junior LB Ezra Waterman, and with several talented juniors in the mix, they’ll be among 4A’s top teams the next two seasons.

The Gladiators would have been among the favorites to win the 4A state title, but they’ll “settle” for a Tri-Valley crown. All-state senior LB Jude Ashpole and sophomore DE Ethan Finnigan lead a stingy defense that allowed 15.5 points per game in 2019.

The Mustangs made good use of their two-year drop to 3A, reaching the state final in 2019. If QB Sam Vidlak had not enrolled early at Oregon State, they’d have had a strong case for No. 1; even without him, a deep senior class will look to go out with a bang.

Eastern Oregon-bound senior QB Tristan Lee leads the six-time defending Skyline champion Vikings, who are still smarting from a first-round loss in the 2019 state playoffs. They graduated nine all-conference players but have plenty of talent returning, including a pipeline of juniors ready to make their mark.

With three skill players with all-state pedigrees back (senior WRs Hagan Stephenson and Lucas Patterson and junior RB Lucas Tuski), the Spartans only need to see if senior Joey Laing is ready to step in for graduated Sky-Em co-offensive player of the year Max Campbell at quarterback.

The Braves won the 2018 state title and reached the final as the No. 1 seed last season. They graduated nine all-state honorees (at 12 positions) from the 2019 team, but that opens opportunities for underutilized players such as senior WR Jack Walker and junior RB Jamar Flippen to break through.