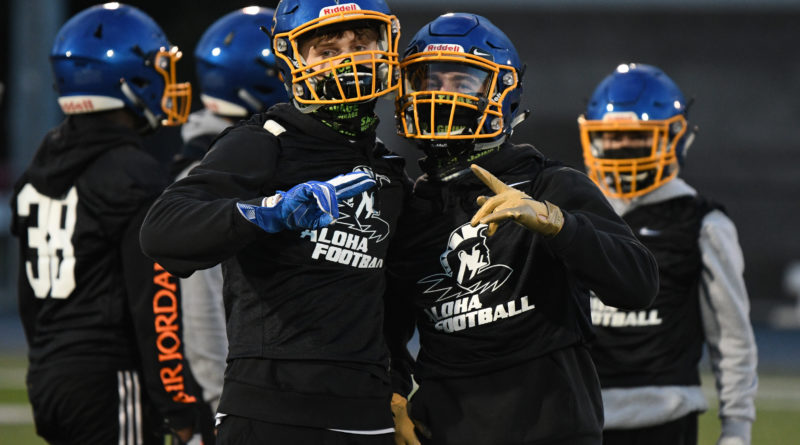 Aloha 27, Westview 21: Logan Moore scored the go-ahead touchdown on a one-yard run with 3:10 left to lift the Warriors past the host Wildcats of Northwest Portland, who got two long touchdowns from Drew Bennett.

Aloha led 14-0 on Darion Stevens’ 17-yard interception-return score and the first of Zak Hurley’s two touchdowns. Bennett returned an interception 59 yards for a touchdown to make it 14-7 after the first quarter.

Westview pulled within 21-13 late in the third quarter on Braydon Libby’s touchdown pass to Xander Millard, and Bennett’s second score and a two-point conversion pass made it 21-21 with 8:33 left.

Libby completed 17 of 34 passes for 227 yards with two touchdowns and one interception. Bennett had five catches for 155 yards, and Gabe Foster and Millard had four catches apiece.

The win was Aloha’s third in a row over Westview, which last season suffered its largest margin of defeat (48 points) in a 61-13 loss at Aloha.