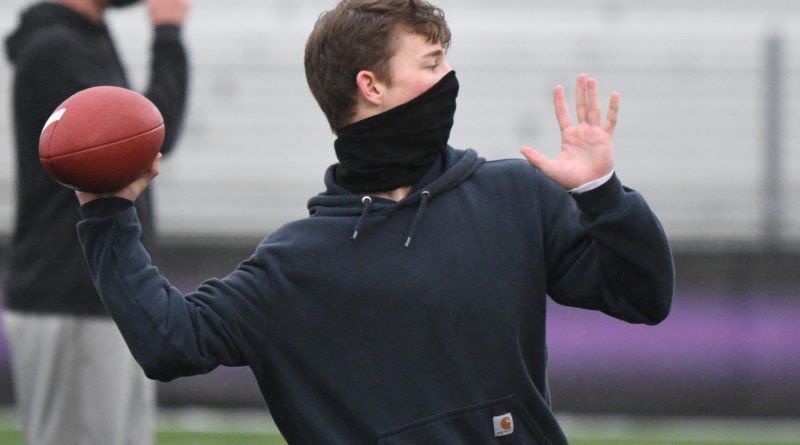 Sunset 40, Sandy 0: The Apollos forced five turnovers — including a fumble recovery on the opening kickoff — in the victory over the Pioneers in Sandy.

In his first substantial varsity action at quarterback, Kyle Jaekel (10 of 22, 167 yards) passed for five touchdowns, two to Nick Molitor (who had one of the team’s four interceptions).

Caleb Kim had 146 yards and two touchdowns on 16 carries, part of a running game that gobbled up 262 yards. It was Kim’s fourth 100-yard performance in his past eight games (dating to 2018); he also had a 99-yard game in that stretch.

Sandy’s Montrell Jackson had six carries for 45 yards, Joey Wagner had two catches for 38 yards, and Tanner Brewster was 8-of-19 passing.

Friday’s game marked the third season in a row the teams have met; the Apollos of Northwest Portland have won all three.