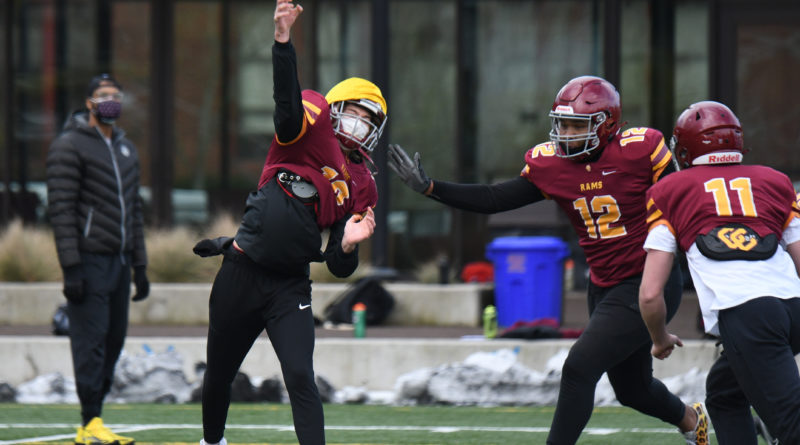 Johnson won a four-way competition to take over for all-state quarterback Cade Knighton, a four-year starter who will play at Lewis & Clark next fall after Occidental College dropped its program.

Johnson was the JV quarterback last season and played in three varsity games, completing 5 of 6 passes.

“I think Luke has the best grasp of what we’re doing offensively,” Rams coach Steve Pyne said. “He understands the little things and the bigger picture a little better.”

The plan is for Newman to play 1½ quarters of the JV game backing up sophomore Mateo Maehara, then come in and play at least a quarter against the Crusaders.

“To come in as a freshman, with just 10 or 11 days of practice, and ascend to this position is impressive,” Pyne said of Newman. “It’s going to be an ongoing competition throughout the six weeks this spring and into the summer.”

Central Catholic football won it all in 2019 with renowned senior class … what’s next for Rams?