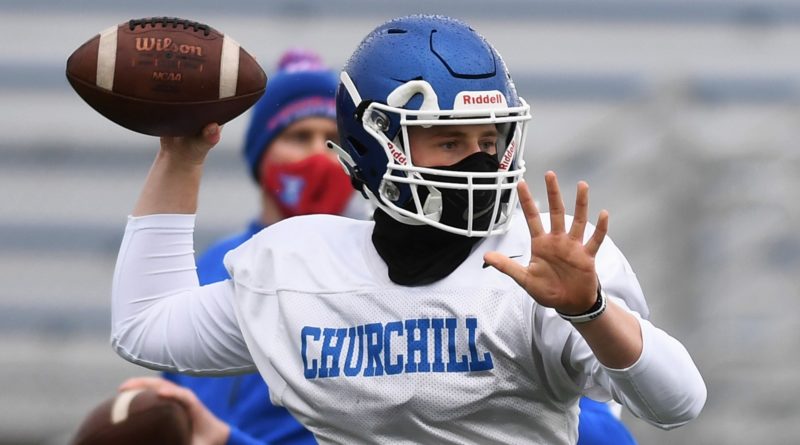 Junior Camdyn Stiegeler looked good for Churchill during fall 7-on-7 drills during the long offseason.

This week, the Sheldon transfer learned he’d get the chance to showcase his skills on the big stage. Lancers coach AJ Robinson said Thursday that Stiegeler will start Friday night against Thurston, having won a competition with junior Chace Pence for the job.

“They’ve both played really well and did everything we asked,” Robinson said. “Camdyn has just been more reliable and consistent with his play.”

Robinson likes Stiegeler’s ability as a dual-threat quarterback, able to attack defenses with his arm or his legs. However, with Pence waiting in the wings and a couple of youngsters behind his two juniors, “this is one of the better quarterback rooms we’ve had at Churchill,” Robinson said.

Here’s the quarterback situation at every 5A school in Oregon

Churchill football plots comeback after being ‘humbled’ in 2019