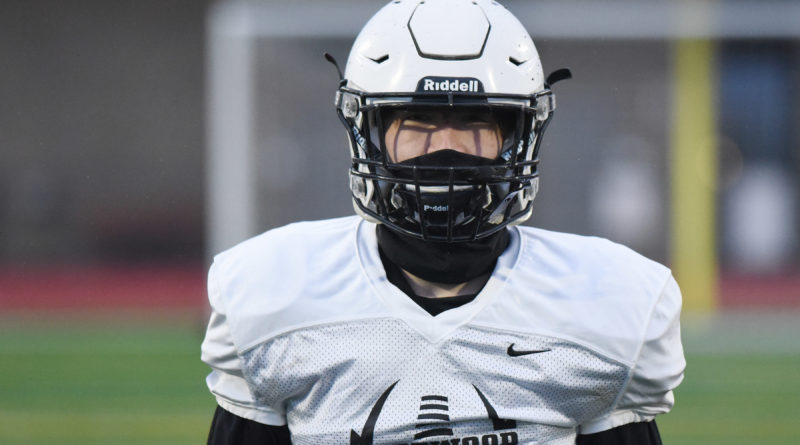 The 6-8, 240-pound MaQatish had never played a down of football for the Eagles before last season, when he became a potent red-zone weapon for the 3A state champions — seven of his 15 catches (249 yards) were for touchdowns. The first-team all-state selection signed with Northern Arizona in the early period.

Last season, as the Generals won their first outright PIL title since 2014, Beck led the team in tackles. The 5-11, 220-pounder was a unanimous first-team all-league pick and earned honorable mention all-state, leading to his signing with Western Oregon last month.

Waterman started at middle linebacker for the Pirates in 2019, and he was talented enough to be the only sophomore named to the 4A all-state first team. He led Marshfield with 82 tackles (17 for loss) and 10 hurries.

Duea will head to Georgetown University as a tight end, where he was a red-zone threat for the Lions — five of his nine catches last season were for touchdowns. He also could have signed as a defensive end, where he earned all-Three Rivers honorable mention after making 26 tackles, three sacks and seven hurries.

Pothier entered the lineup last season as an unknown and undersized sophomore and finished the season as one of the Pacific Conference’s top backs, running for a team-high 1,176 yards and 19 touchdowns. He’s added 20 pounds during the offseason in anticipation of a big junior season.

As a junior, Sullivan played primarily in the secondary, where he was a second-team all-Three Rivers honoree after making 48 tackles, sharing the team lead with four interceptions and breaking up a team-high eight passes. He showed he was ready to take over lead back duties when he was pressed into a starting role in Week 9 against Tualatin, and he finished the season with 203 yards on 33 carries.

Croskrey has started the past two seasons at middle linebacker and was named to the all-Pacific first team as a junior after leading the Tigers with 95 tackles (eight for loss) and five sacks. He also had three interceptions, showing off his pass coverage skills. He’s getting looks from several Division III schools.

It’s DeBisschop’s turn under center for the Lions after sitting behind (and learning from) all-Three Rivers quarterbacks Ethan Long and Ethan Coleman. He gave fans a taste of what’s to come when he nearly rallied the Lions in the fourth quarter of their quarterfinal loss to Central Catholic.

A third-year varsity player, the versatile Willmott does a little of everything for the Cardinals. A first-team all-PIL offensive utility player, he ran for 713 yards and 10 touchdowns and caught six touchdown passes last season. He is the team’s top returning tackler and had three interceptions to make the all-PIL second team in the secondary.

A two-star prospect according to 247Sports, Whipple is an imposing 6-foot-4, 280-pound lineman who signed with Northern Arizona in the early period. He missed a large chunk of his junior season with an MCL sprain but is healthy and raring to go as a senior.

Williams has skyrocketed up the recruiting lists during the lengthy offseason. He received all-Mt. Hood honorable mention as a sophomore with 29 catches for 444 yards and five touchdowns, and since then he has received offers from Oregon State and Nevada as the state’s No. 6 recruit in the Class of 2022.

Basso is a jack-of-all-trades for the Pacers, playing linebacker, center and occasionally tight end, but his greatest value to the team comes on special teams, where he is one of the top long snappers in the nation, having signed a preferred walk-on offer with the University of Oregon.

A familiar last name to football fans in the state, Cota is the son of former Oregon and NFL safety Chad Cota and the younger brother of current UCLA receiver Chase Cota. The 6-foot-4 Carson also is a Division I talent rated a three-star prospect by 247Sports. He was a second-team all-Southwest tight end last season with 24 catches for 333 yards and two touchdowns.

In a wing-T offense designed to share the ball among a wealth of players, Peden managed to stand out last season, garnering Pacific Conference offensive player of the year honors and 6A all-state honorable mention after rushing for a team-high 852 yards and 10 touchdowns.

A beast of a lineman at 6-foot-4 and 305 pounds, Hannah made the all-league first team on offense and defense last season, was 5A all-state honorable mention on defense and recently signed with Southern Oregon. He’s agile and strong and, most important, has taken on a leadership role in a critical position group.

Douglas last season was half of 5A’s most potent receiving duo, finishing with a team-high 46 catches for 540 yards and nine touchdowns. He knows the playbook inside and out — as one would expect of the offensive coordinator’s son — and signed with Southern Oregon in early February.

Barnes could have been a Division I recruit for his work on the offensive line, where he earned first-team all-Pacific recognition as a junior, but the three-time state wrestling medalist and national Greco-Roman champion signed with Oregon State’s wrestling program in November.

The Western Oregon signee broke his left fibula in a first-round playoff loss to Kennedy as a sophomore but returned last season to lead the Mustangs to their first state title since 2015, throwing for 1,282 yards and 23 touchdowns and running for 797 yards and 14 scores in earning first-team all-state honors.

The other half of the Comets’ dynamic duo is your prototypical high school X-receiver, voted to the 5A all-state first team after catching 45 passes for 731 yards and 10 touchdowns. He draws attention wherever he lines up on the field — a plus for first-year coach Berk Brown’s game plan.