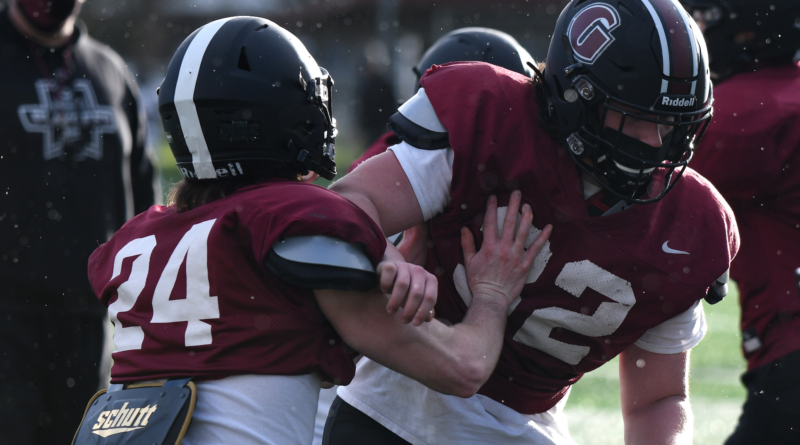 Here, we examine some of the top defensive player of the year candidates in Class 6A.

The race for 6A defensive player of the year could be as wide open as it’s been in many seasons. With West Linn one of the top teams in the state and Peters a returning second-team all-state pick who had 130 tackles as a junior and is headed to Johns Hopkins later this year, he could rate as a slight favorite in this crowded field.

Beck has put in the work during the offseason to transform his body after earning unanimous all-PIL recognition as a junior (he led the Generals in tackles) in preparation for his college career at Western Oregon. A three-game stretch against Clackamas, Central Catholic and Jefferson will give Beck the chance to show he deserves to become the first PIL player to win the award since Grant’s Ndamukong Suh in 2004.

Reese could have signed to wrestle in college after winning a state heavyweight championship last year. Instead, he’ll head to Seattle as a preferred walk-on for the University of Washington. If he can approximate the numbers he posted as a junior (88 tackles, 29 for loss, 7½ sacks, 11 hurries and three forced fumbles), he’ll definitely be in the defensive player of the year conversation.

Cuthbertson was the 2019 Pacific Conference defensive player of the year and a first-team all-state middle linebacker who led the state in tackles with 158 (22 for loss). Greg Lawrence called him the best linebacker he’s coached in 30 years at Sherwood, and if the Bowmen have the kind of season they believed they could have had pre-pandemic, Cuthbertson could join David Morris (2016) and Joseph Balfour (2012) as Sherwood players to win the award.

Winston provided Oregon high school football fans a peek of what to expect from him over the next two seasons during the Rams’ run to the 2019 state championship. He had 25 tackles and four pass breakups as a secondary player last season, but he’s the state’s No. 3 prospect in the Class of 2022 according to 247Sports and has committed to Oregon. His older brothers, Eli’Jah and La’Mar, were all-state defensive players for the Rams; if Emar’rion becomes defensive player of the year either of the next two seasons, he’ll have family bragging rights.

It’s been 30 years since Jim Roofener was named the 1991 Class 4A defensive player of the year, the last time a Glencoe player won the award. Fasel, who might be the best player to come through the Glencoe program in a generation, last season became the first Crimson Tide player to earn all-state recognition since 2010, and by the time he’s done, he could end this even longer streak.

Moxley was one of the most dominant linebackers in the Metro League last season, finishing with a team-high 142 tackles (23 for loss), 13 sacks and 16 hurries, but with the Skyhawks struggling as a team, he didn’t get the recognition he perhaps deserves. Another big season, albeit a shortened one, and it will become impossible to ignore his contributions.

The Democrats have a couple of rising juniors in Washington and safety Trejon Williams. After watching how Nathan Rawlings-Kibonge exploded in their scheme as a defensive lineman last season, Washington could have a similar breakthrough this spring and transition from basketball phenom to football success story.