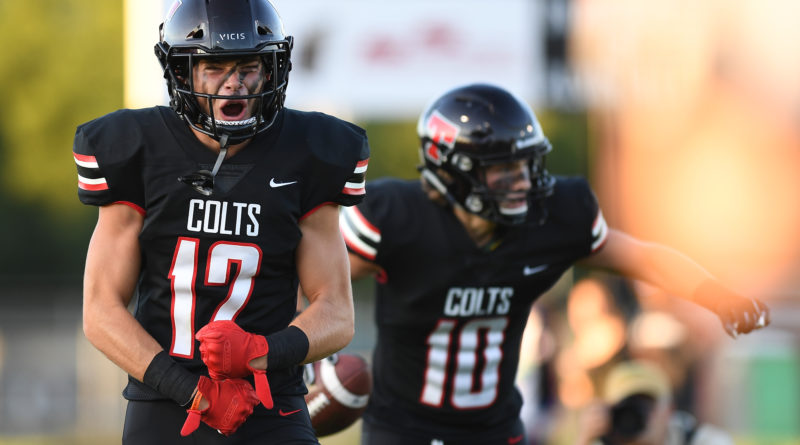 Here, we examine some of the top defensive player of the year candidates in Class 5A.

Zimmermann was one of the top players on one of the state’s top defenses last season, making the all-state second team and helping West Albany reach the 5A semifinals. If he and the Bulldogs repeat their dominant defensive performance this season, the award should be his to win over a fairly deep field, which would make him the first West Albany defender to do so since Gabe Stone in 2013.

Savaiinaea returned to The Dalles, where he grew up, after playing his first two years of high school football at Eastside Catholic in the Seattle suburb of Sammamish, where he had 25 tackles and three sacks last season despite missing a month and became a top recruit — he is No. 5 in 247Sports’ Oregon class of 2022 rankings, with offers from seven Pac-12 schools. With the Riverhawks moving back to 5A this spring, they’ll count on him to help them avoid a drop from last season’s 4A semifinal run.

A second-team all-state selection who recently signed with Oregon as a preferred walk-on, Sipos had 61 tackles and three interceptions as a junior. He’s another player who spent the long offseason transforming his body, adding muscle while maintaining his speed, and if that translates into improved play, he could become the Warriors’ first defensive player of the year since Bo Yates went back-to-back in 1982-83.

A Thurston player has won defensive player of the year each of the past two seasons — Jack Riley in 2018 and Santino Stranieri in 2019 — and Muggy is one of a few Colts who could extend the streak this spring. A first-team all-state selection last season after leading Class 5A with six interceptions and recording nine pass breakups, he signed with Western Oregon in early February.

Another contender to make it a Thurston three-peat, O’Donnell made the all-state second team last season and also signed with Western Oregon. He’s bulked up to 6-5, 315 pounds, in preparation of starting both ways this season for the Colts.

Liscom was a first-team all-NWOC East selection on defense last season, when he was near the top of the 5A leaderboard in tackles with 107 — as a sophomore. If he shows the natural development expected with a year-plus of growth and maturity, he will challenge for defensive player of the year honors not just this spring but also in the fall campaign.

Kimball led Wilsonville with 16½ tackles for loss and 13½ sacks last season, and he was fourth on the team with 58 tackles (a team-high 29 solo). If the Wildcats are again one of 5A’s top teams, his contributions most definitely will garner the state recognition that overlooked him in 2019.

Shufelt had a breakthrough season for the Spartans in 2019 with a team-high 16½ tackles for loss and 4½ sacks. He played in the Blue-Grey Football All-American Bowl at AT&T Stadium in Arlington, Texas, in December and was chosen overall MVP of a Best Coast Showcase in late fall, previewing what could be a special senior season.