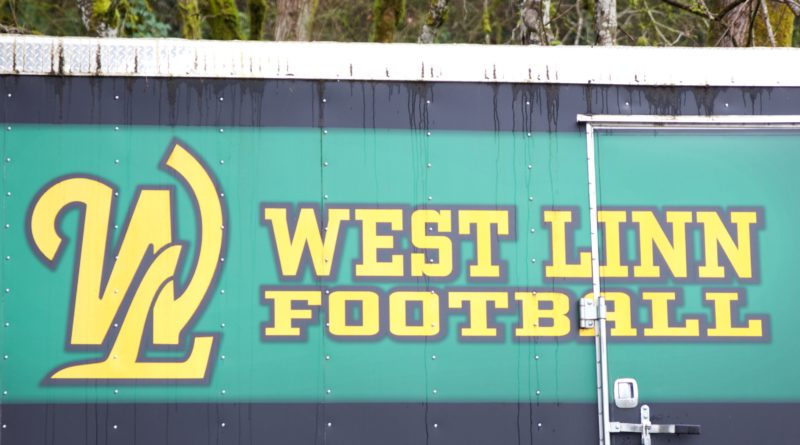 Over the next few weeks, SBLive Oregon will break down every 6A, 5A and 4A football team in the state in anticipation of a six-week season in March and April. Even if the season is postponed or canceled, we will continue to highlight more than a hundred teams and more than a thousand players in Oregon. Here’s our look at the West Linn Lions of the Class 6A Three Rivers League.

Playoffs: Beat Roosevelt 70-29 in first round; beat Sherwood 35-14 in second round; lost 42-35 to Central Catholic in quarterfinals

DeBisschop has sat behind Ethan Long and Ethan Coleman and learned from both all-league quarterbacks, and after nearly rallying the Lions in the fourth quarter of their quarterfinal loss to Central Catholic, he’ll get the chance to show his stuff. He was 28 of 38 for 243 yards and three touchdowns in six games last season. “He will be an FBS quarterback,” Miller said. “He has Tim Tawa, Joe Montana and Tom Brady-type pocket presence and poise. He can make all the throws we require and make a difference making plays with his legs.”

Haines last season proved to be a more-than-able replacement for two-time all-state back Dawson Jolley, earning all-state honors himself while running for 1,620 yards and 21 touchdowns. He made 36 tackles (eight for loss) as a nickel linebacker. Haines would benefit from having senior film to show prospective college coaches that backed up his breakthrough junior season. “He’s a Jerry Rice 4.6-40 guy — he runs faster in games and doesn’t get caught from behind,” Miller said. “On defense, he’s tough against the run and can play man coverage.”

A second-team all-state outside linebacker who recorded 130 tackles (95 solo, 17 for loss), 4½ sacks, four forced fumbles and nine hurries last season, Peters will play at Johns Hopkins in Baltimore. He is Haines’ primary backup in the backfield. “A natural leader and a special player,” Miller said. “A tough, tough kid and a nice 1-2 punch with Gavin.”

McNamara earned first-team all-league honors at linebacker last season, making 79 tackles despite missing the first three weeks, but he’ll move to his more natural position at safety, where he reminds Miller of a couple of former Oregon standouts in Brady Breeze and Chad Cota. “He’s got ‘it’ — a great leader and is a ball-hawk,” Miller said. “He loves ball and is a tireless worker.”

Masters received all-league recognition on both sides of the ball last season, garnering second-team honors as a cover corner (27 tackles, six pass breakups, two interceptions) and honorable mention at receiver (31 catches for 512 yards and six touchdowns). He has interest from several Division II schools. “An excellent two-way player,” Miller said. “He has very good speed and will be a top 3-5 wide receiver in the state and one of the best cover corners.”

Duea will head to Georgetown University as a tight end, where he was a red-zone threat for the Lions — five of his nine catches last season were for touchdowns. He also could have signed as a defensive end, where he earned all-league honorable mention after making 26 tackles, three sacks and seven hurries. “He is an excellent two-way player,” Miller said. “If developed well, Mitchell has a chance to play pro football in the future.”

Miller called Dramov, an honorable mention all-league selection as a junior, “the quarterback of our offensive line.” He played guard last season but is moving to center. “He is a physical football player that is excellent out in space,” Miller said.

Holmes, an honorable mention all-league pick on both sides of the ball, eschewed offers from Air Force and FCS schools Georgetown, Penn, Bucknell and Sacramento State to accept a preferred walk-on spot at Oregon State, where he’ll play guard. “Zach loves football and is a relentless worker,” Miller said. “He is a very good athlete and will be a dominant force on both sides of the ball.”

Wiancko, who plays third base for the baseball team, has bulked up in the offseason and recently squatted 520 pounds, showing off his athleticism and strength. He had 45 tackles (four for loss) and three sacks at defensive tackle last season. “He is explosive off the ball in the run game and excellent in space,” Miller said.

Huffman committed to Central Washington as a defensive end mostly on his potential — he had 19 tackles as a junior — but is ready to have an explosive senior season to realize that promise. “He is quick off the ball, has a good burst and plays with heavy hands,” Miller said. “He has great work ethic and is an excellent two-way player.”

Talavs is another senior ready to step into the starting lineup after playing a bit role (14 tackles, three pass breakups) last season. “He’ll be an excellent back-end safety,” Miller said. “He has excellent ball skills and anticipation.”

Nelson had 35 tackles (five for loss) and two interceptions as a junior. He also was a special teams standout, blocking three punts. “He had an excellent junior year and improved greatly from beginning to end,” Miller said. “He will be an impact player for us on defense.”

A year ago at this time, Miller was in Houston, preparing for his debut season as offensive coordinator with the Houston Roughnecks of the startup XFL after leading the Lions to the quarterfinals for the second consecutive year.

Then, 2020 hit. The XFL folded with Houston 5-0 and having scored a league-best 21 touchdowns — one of the first sports casualties of the pandemic. Miller returned to Portland and was named head coach at Franklin.

He’d barely had time to get settled with the Lightning when the West Linn job reopened after Keanon Lowe, hired to replace Miller, joined Chip Kelly’s staff at UCLA as an offensive assistant. Miller interviewed for his old position and, bringing his son Dillon with him as offensive coordinator and quarterbacks coach, was brought back in early July.

Somewhat lost in all the whirlwind is that the Lions bring back a senior-laden contingent that could have netted the program’s first state title since 2016. While it’s still up in the air what kind of concluding week the OSAA will put together for the spring season, Miller has been one of the coaches most vocal about providing an ending that closely resembles a championship of some kind, even if unofficial in the state records.

DeBisschop is likely to become a top-10 quarterback across all classifications, especially in Miller’s high-powered passing attack balanced again by Haines’ hard running style. The defense returns its top two tacklers in Peters and McNamara. They’re complemented by two sophomore linebackers with FBS potential in Mark Hamper (6-2, 195) and Earl Ingle (6-1, 195).

The key for the Lions is cleaning up the turnover issue that cropped up in big games each of the past two seasons. In their two quarterfinal defeats, they were a minus-6 in the turnover category.

“This is a special group of seniors, with a strong supporting underclassman group. A 14-game type of team!” — Chris Miller