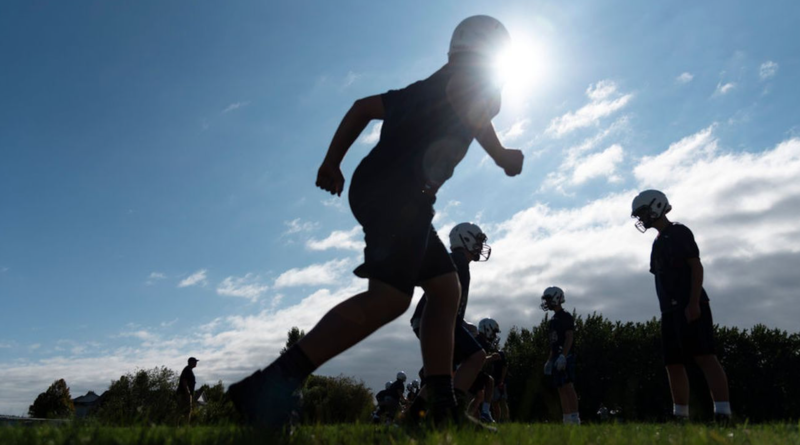 Over the next few weeks, SBLive Oregon will break down every 6A, 5A and 4A football team in the state in anticipation of a six-week season in March and April. Even if the season is postponed or canceled, we will continue to highlight more than a hundred teams and more than a thousand players in Oregon. Here’s our look at the Banks Braves of the Class 4A Cowapa League.

Flippen has been on varsity since his freshman year, when Banks won the state title. As a sophomore, he went back and forth from cornerback to safety. This season, he will get more chances to shine on offense, too.

“I think he’s a high-level college player eventually as defense or running back,” Linehan said. “He’s good at both.”

Exline was injured in the first league game in 2019 and missed the rest of the team’s run to the final.

“He would have been an all-state guy if he had not been hurt,” Linehan said. “We missed him big-time. We made it to the championship game, but we were still down one of our best linemen.”

Exline was a defensive starter on the 2018 state championship team, too.

“An absolute stud. He’s lived in the weight room since the pandemic has started,” Linehan said, noting that Exline’s family owns a gym. “He’s not sitting at home waiting to be told we’re playing some football. He’s the real deal. It’s fun to see him get healthy. He’s a kid who needs to play. He missed out on last year. He’s a college football player for sure. College coaches need to see what he’s built himself into.”

A two-way starter last season, Walker was surrounded on offense by two all-state players, and yet he still found a way to shine. He should be a go-to receiver this season.

“Gets after it,” Linehan said. “Tough, tough kid. We got a chance to work out a little bit in this pandemic. He got stronger and faster, and he runs great routes.”

White is 6-3 and built, at around 220 pounds. And has incredible hands. On the rare occasion the ball hits the ground, his teammates just have to make fun of him.

“It’s a shock if he drops a ball in practice. It’s so unlike him,” Linehan said.

He played a lot as a sophomore, and all he has done is improve himself.

“He and Exline work out together,” Linehan said. “It’s fun to see the growth he’s had in this offseason, the longest offseason in history.”

Hering is a returning defensive tackle who has been playing varsity since his sophomore campaign. He should also excel at offensive line.

In January, Linehan said Hering, at 6-2, 270, is another college-caliber player who will be picked up by someone eventually — he’s too good not to play at the next level. Sure enough, he signed with Eastern Oregon this month.

“I’m looking forward to our whole offensive line, the strength of our team,” Linehan said.

Last season, the coaching staff moved Gobel to quarterback, where he received plenty of reps on junior varsity.

“He looks like a quarterback. Don’t know why we didn’t put him there sooner,” Linehan said.

Not that he would have played varsity before now, but it would have given him another year to learn the position. As it stands, the coach said Gobel just needs varsity experience.

“He can sling the ball. He’s done great in the offseason with the little time we’ve had to work with him,” Linehan said. “If we can get him the protection like we think we can, he’s going to do good things for us.”

It has been an incredible run for Banks, winning the 2018 state title and making it back to the championship game in 2019 before finishing second.

Well, the team is going to have to find a lot of new names to take over for the bulk of that successful run. Nine seniors from the 2019 team, representing 12 positions, were named to the Class 4A all-state team.

That will mean this year’s seniors and juniors will have to make a name for themselves.

“We were really looking forward to this season,” Linehan said, referring to the fall 2020 campaign that never materialized. “We lost a lot, but we felt we had enough this year to be super competitive against everybody. We had the horses up front. We knew we could run the football. I liked our guys. Then we got hit by the pandemic. Everything got shut down.”

With that, there will be no run to a state championship appearance, not with the abbreviated, late season.

“Breaks my heart for these seniors,” Linehan said. “This is their last go-round, and they deserve a good one. I hope people are able to do the right thing and get us on the field. These guys have a lot of good football in them this year.”

At least one mission remains at Banks.

“Our goal is to win a league title,” Linehan said. “Hope we get a chance to do that. We lost a lot, but we still have a lot of talent.”

“I’m encouraged by this group of guys. They’ve seen what it takes to win. They want to be known as the guys who continue on with where this program is going.” — Cole Linehan