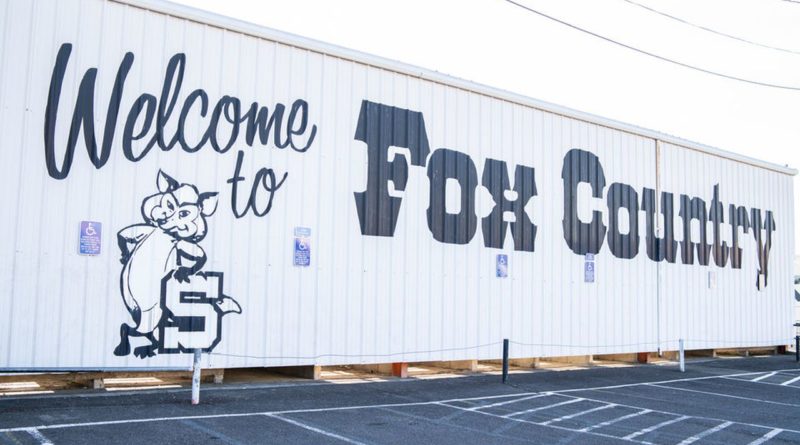 Over the next few weeks, SBLive Oregon will break down every 6A, 5A and 4A football team in the state in anticipation of a six-week season in March and April. Even if the season is postponed or canceled, we will continue to highlight more than a hundred teams and more than a thousand players in Oregon. Here’s our look at the Silverton Foxes of the Class 5A Mid-Willamette Conference.

One of the most dangerous players in the Mid-Willamette Conference, McCarty is a true dual-threat quarterback who passed for 1,783 yards last season en route to first-team all-Mid-Willamette Conference honors. Craig said the 6-foot-1 junior is arguably the hardest worker on the team and is extremely coachable for a star quarterback. “You might think there’s an ego with a quarterback who started as a sophomore, but there’s none with Jordan,” Craig said. “He’s just a humble, good kid … and obviously a really athletic playmaker. If you need a play, you want the ball in his hands in some capacity.”

An all-state honorable mention selection at linebacker last season, Magill is an impact two-way player who received first-team all-MWC accolades on offense and defense as a junior. Magill is likely to play both ways again for Silverton. “He’s just your old-school, blue-collar, gritty kid,” Craig said. “If you ask the kids who the toughest guy on the team is, almost all of them will probably say Owen.”

Just like Magill, Pfeifer made all-state honorable mention on defense as a junior and was a first-team all-MWC defensive back. Pfeifer is likely to be in the running back rotation this season while continuing to play a major role in the secondary. “He is a phenomenal defensive player and incredibly intelligent,” Craig said. “He’s just a very sound player. You are going to rely on him to be in the right spot, make a tackle, those kinds of things.”

Fessler also provides intelligence and athleticism on both sides of the ball. He received all-MWC honors on offense and defense as a sophomore and will play an even larger role this season. “Van is just so reliable, and he’s going to make a play when you need him to,” Craig said. “His dad, Mike, is a great guy and coaches with the team, and you can tell Van is a coach’s son.”

One of Silverton’s many talented juniors, Schaffers received all-MWC honorable mention on offense as a sophomore and has excellent size at 6-foot-5 and 275 pounds. Craig said Schaffers is the type of player who never takes a play off. “He’s a quiet kid but very respected,” Craig said. “He’s got an incredible frame and moves super well. He’s just one of those kids that has the tangibles and intangibles.”

Smith will be one of the players vying for carries in Silverton’s seemingly endless supply of backs. He’ll also play inside linebacker. As a junior, Smith received all-MWC honorable mention on defense. “Caden really enjoys football, he’s just into the game of football,” Craig said. “He’s also a strong kid who has gained a lot of muscle.”

Ratliff is a top receiving threat along with Fessler and senior Kyle Kramer. He made honorable mention all-MWC on defense last season. Ratliff has excellent size (6-foot-2, 205 pounds) and is one of the team’s best athletes. “He is super competitive — that is probably his best attribute,” Craig said. “And he runs great routes.”

At Silverton, the old adage of reloading versus rebuilding has never been more true. First-team all-state selections Grant Buchheit (receiver) and Tashaun Treat (offensive line), all-state second-teamers Spencer Von Flue (center) and Hayden Roth (defensive line and 23 touchdowns as a running back) and numerous all-conference selections have moved on, but the Foxes still are one of the top teams in Class 5A.

“In my time here, there’s never been any sign to me that we were down,” said Craig, who inherited a perennial contender and has kept it rolling. “I thought this team was going to be just as good as any.”

It’s easy to see why Craig is so optimistic. McCarty is one of the state’s best quarterbacks regardless of classification, and the team has a number of capable running backs, a long list that includes Pfeifer, Smith and senior Nathan Gubbels.

The Foxes are effectively replacing four starters on the offensive line, but Magill, Schaffers and tight end Ty Stultz — a senior who started last season’s semifinal game as an injury replacement — are quality players.

“Some of our linemen may not have been starters last year, but they rotated in a lot on the offensive and defensive lines,” Craig said.

Silverton always has been strong defensively, a trend that continued during last season’s run to the state semifinals. The Foxes allowed 15.1 points per game, ranking second in the conference behind Class 5A-leading West Albany. That number could be even lower this season with numerous impact players at all three levels and a better understating of the scheme, Craig said.

If the Foxes can successfully replace a few key players lost to graduation, they will remain near the top of the Class 5A pecking order.

“We had a good group of seniors last year and knew we would have some holes, but fortunately our current seniors have done a good job with leadership and embracing what it means to lead from the front,” Craig said.

“We always do a little gasser just to end practice on a high note, and Austin, Van and Jordy are the three kids always competing for No. 1, and that’s great to see. Three varsity starters battling it out, setting the example.” — Josh Craig