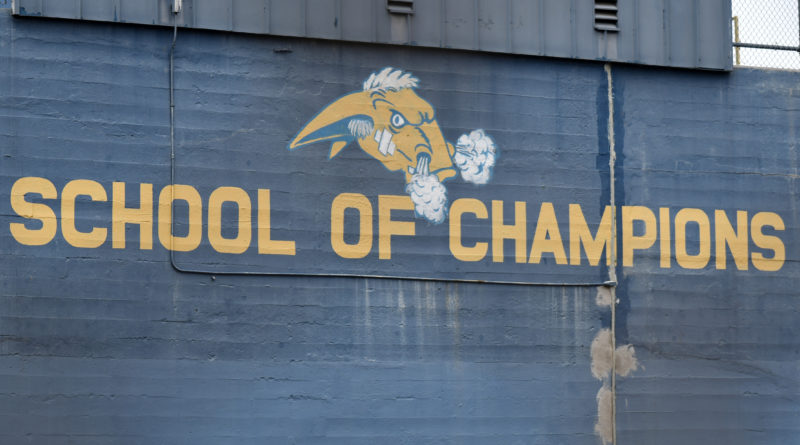 Over the next few weeks, SBLive Oregon will break down every 6A, 5A and 4A football team in the state in anticipation of a six-week season in March and April. Even if the season is postponed or canceled, we will continue to highlight more than a hundred teams and more than a thousand players in Oregon. Here’s our look at the Jefferson Democrats of the Class 6A Portland Interscholastic League.

Playoffs: Lost 35-0 to Sheldon in first round

A first-team running back and the offensive player of the year in the Portland Interscholastic League last season, Collins signed with Oregon State in December. Collins (5-feet-9, 180 pounds) rushed for 2,453 yards last season, averaging 11.3 yards per carry. He scored 27 touchdowns on the ground and added two on receptions. “He’s elusive, a good kid, strong, fast,” Lillard said.

Williams was first-team all-PIL at wide receiver and defensive back last season, and in Lillard’s opinion, he might be the best all-around football player in the state. Among his highlights was a 100-yard receiving game in Week 2. The 6-foot-1, 195-pound Williams is the No. 21 junior safety in the country in ESPN’s rankings and, according to 247Sports, has offers from Pac-12 schools.

After being named to the all-PIL second team at linebacker last season, Washington is No. 3 in 247Sports’ rankings for Oregon’s class of 2022 and has colleges interested in him as a basketball player, too. The 6-foot-4, 240-pound Washington also has offers from Pac-12 schools, according to 247Sports.

Fair (6 feet, 185 pounds) was the Democrats’ primary quarterback last season and passed for eight touchdowns. Since then, Lillard said, Fair has made significant strides and made himself into a national prospect. “He’s developed a lot,” Lillard said. “I’m very excited to see him show what he’s been working on.”

Myrick played defensive end last season but is moving to the offensive line for 2021. At 6-5 and 275 pounds, he will be hard to miss and a key part of the front. “Dontae is a guy on the offensive front who I’m really excited about,” Lillard said.

The 6-4 Anderson was second-team all-PIL on offense as a utility player in 2019. He led the Democrats last season with four touchdown catches and averaged more than 26 yards per reception. “He makes plays,” Lillard said, “and does a lot for us.”

Davis was the Democrats’ leading tackler last season from his middle linebacker position, earning first-team all-PIL recognition. The 6-3, 215-pound Davis is No. 21 in 247Sports’ Oregon class of 2021 rankings, and Arizona State is among the schools to have made an offer. Lillard calls Davis the heart and soul of the defense. “He’s the one who kind of runs the show as far as the whole program,” Lillard said.

The Democrats of North Portland have a rare collection of talent — even without Nate Rawlins-Kibonge, who enrolled early at Oklahoma after being part of a recruiting class ranked 12th in the country by ESPN.

First-year coach Houston Lillard said, though, that he wants Jefferson to be known for its program, not just for its star power.

“We don’t lack talent. We don’t lack size,” Lillard said. “But football is a game of unity. If we’re not on the same page and we’re not willing to work together, then we won’t have team success.”

Lillard, older brother of Portland Trail Blazers guard Damian Lillard, was Jefferson’s offensive coordinator last season. When former head coach Don Johnson left after one season, Lillard was promoted to succeed him. This marks the third season in succession the Democrats have had a first-year head coach.

Lillard said he prefers a balanced offense, but this season, the team will lean toward the run. With Collins — who rushed for at least 100 yards in all 10 games last season, including 423 in Week 3 against Century — that seems understandable.

“I would like to take advantage of what we do best,” Lillard said. “I think our identity will be based on our athletes and our players — just helping our athletes who can make plays make plays. Whether that’s running the ball, throwing the ball, whatever it is — get the ball in their hands.”

As much as Jefferson’s offensive firepower attracts attention, the team’s defensive improvement last season also stands out. In 2018, the Democrats allowed more than 54 points per game. Last season, that was down to less than 22 points.

In fact, Lillard said, “with a purpose” should be in all capital letters. If that ethos takes hold, if Jefferson’s top players achieve to their ceiling and if the fruits of a growing program produce a balanced and well-rounded roster, the Democrats look capable of being a stiff challenge for any opponent.

“The level of discipline that we’re going to show, and the level of fight and competitiveness that we’re going to show, I think it will be very different than it has been before, because it will be consistent, and it will last from the start to the end of the game. We will play with a whole another level of grit that you haven’t seen on the football field at Jefferson.” — Houston Lillard