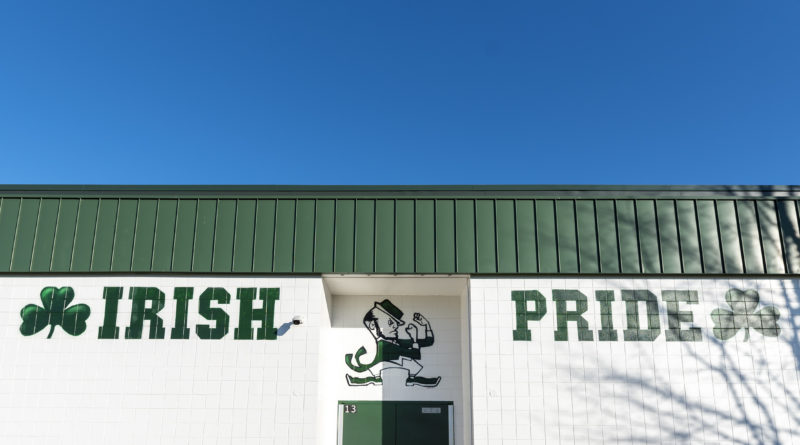 Over the next few weeks, SBLive Oregon will break down every 6A, 5A and 4A football team in the state in anticipation of a six-week season in March and April. Even if the season is postponed or canceled, we will continue to highlight more than a hundred teams and more than a thousand players in Oregon. Here’s our look at the Sheldon Irish of the Class 6A Southwest Conference.

Playoffs: Beat Jefferson 35-0 in first round; lost 26-24 to Barlow in second round

Neuman, a 6-foot-4, 245-pound two-star prospect, recently decommitted from Air Force and picked up preferred walk-on offers from Oregon State and Washington. He was a first-team all-Southwest Conference pick on defense last season and received honorable mention at tight end. Line said Neuman worked hard on his receiving abilities during the offseason and should be a bigger threat as a senior. “First of all, Carter is a great leader who really sets an example and does a good job of showing the kids what our culture is all about,” Line said. “And physically, there’s just not a lot of guys who are his size.”

A second-team all-SWC selection on the offensive line as a junior, Schwake has signed to play college football at Eastern Washington. The 6-foot-8, 300-pound offensive tackle is rated a three-star prospect by 247Sports. “Shane is a guy who has an incredible amount of potential,” Line said. “He’s certainly a good player, but I think there’s a lot of untapped potential there and I’m really excited to see him play this year.”

Kartub converted all 37 of his PATs last season and made three field goals with a long of 46 yards en route to garnering first-team all-SWC honors. The Air Force signee’s leg is so valuable that he only kicks for Sheldon. “He would argue that he can do some other things, but he’s just a kicker for us and he’s a great kicker,” Line said. “He’s worked really hard to put himself in the position he’s in.”

Brother of former Sheldon all-state defensive lineman Austin Lasby, Eathan Lasby had a strong junior season on defense and made second-team all-SWC. Line said the younger Lasby could wind up playing defensive tackle or middle linebacker while helping out on the offensive line. “We don’t really know where he’s going to land this year,” Line said. “He’s a super tough kid, as tough as they get. And he’s a lot more athletic than his older brother, but not quite as a big.”

Ritchie-Tuisue played at the junior varsity level a season ago and put on about 50 pounds during the offseason. He is up to 6-foot-3 and 290 pounds and should be among the Irish’s top linemen. “He’s really ready to compete and he’s a guy we need to be good because we do have some good ones, but we don’t have a lot of linemen,” Line said. “He’s probably going to play both ways, and he certainly looks the part.”

Sheldon has a big hole to fill at quarterback, and the competition likely will come down to Helikson and Thomas. Helikson began last season as the junior varsity quarterback and ended up playing varsity football in the defensive backfield and at wide receiver. Thomas, a talented, speedy sophomore, has all of the tools but lacks experience. “Helikson did a really good job for us last year and is a senior guy who has played quarterback his whole career except for last year,” Line said. “There’s really not a whole lot Brock can’t do, but he doesn’t have the experience and there will be a learning curve for him. Those are the two guys really competing for that spot.”

Sheldon, a state finalist in 2018, rebounded from an 0-3 start last season to repeat as Southwest Conference champion and advance to the second round of the state playoffs. An accomplished senior class that included 16 all-conference honorees has moved on, but that is par for the course with the Irish. New guys will be plugged in with the expectations remaining the same.

“We’ve got a lot of pieces and I think we are a typical Sheldon team that graduated a bunch of guys,” Line said. “We pride ourselves on being a senior-heavy team, our kids stay in the program and wait their turn. … So, we’ve definitely got some talent, but we’ve got a bunch of question marks at a lot of different positions.”

Quarterback is one obvious question after the graduation of Griffin Line, a first-team all-SWC selection who is waiting to play for Saddleback College in Southern California. Helikson and Thomas are the top two contenders, but coach Line also is excited about sophomore Blake Herring and freshman Nolan Miller.

“I feel really good about where we’re at at the quarterback position,” Line said. “We have a guy at almost every grade who is capable.”

Helikson is Sheldon’s lone skill position player with starting experience at the varsity level, but Line believes several new players are ready to make a difference.

“We’re just not sure who plays where,” he said.

Up front, Sheldon has multiple top-end players but lacks depth compared with recent seasons. The program has a normal-sized group of seniors with a smaller-than-usual junior class. It will be a one-year blip as Line said the sophomore class is around 50 players with a big group of freshmen behind it.

As always, the current and future appear to be quite bright at Sheldon.

“Our junior class is talented, there’s just not that many of them,” Line said. “It would be a big concern, but our sophomore class is in the 50s … and of course in that group there are some really talented kids, skill kids, linemen. So, really, program-wide, we really feel pretty good about where we’re at.”

“The first thing we have to do is get the kids in shape, because we haven’t been working with the kids. We have not had a lot of contact with the kids, so not a lot of the kids are in shape. Getting them in shape is probably our No. 1 priority, and the other part is because we have such a young team that is inexperienced, we have a lot to learn. So, the priority is to immediately engage with the kids, teach them our simple concepts and let their athleticism shine through.” — Josh Line