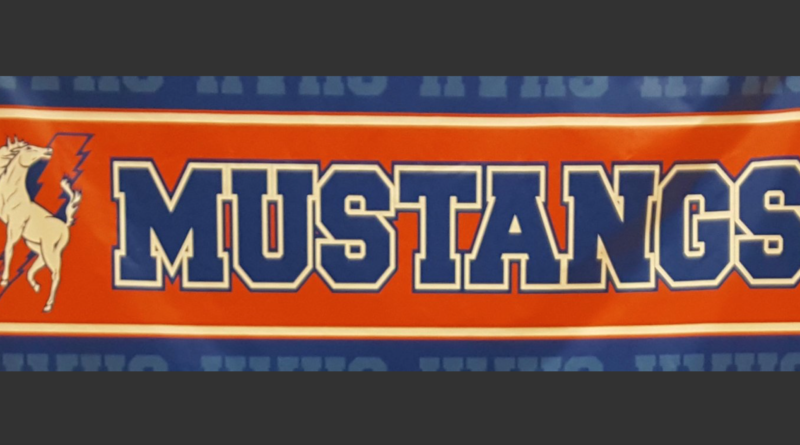 Over the next few weeks, SBLive Oregon will break down every 6A, 5A and 4A football team in the state in anticipation of a six-week season in March and April. Even if the season is postponed or canceled, we will continue to highlight more than a hundred teams and more than a thousand players in Oregon. Here’s our look at the Hidden Valley Mustangs of the Class 4A Skyline Conference.

Playoffs: Beat Siuslaw 40-12 in 3A first round; beat Cascade Christian 51-30 in quarterfinals; beat Rainier 42-22 in semifinals; lost 41-34 to Santiam Christian in final

There will be a Vidlak under center for Hidden Valley this season, just not the 3A co-offensive player of the year who threw for 3,404 yards and 44 touchdowns last season. With Sam having graduated early and enrolled at Oregon State, younger brother Nate takes the reins a year earlier than expected. Nate could have started on the JV team last season, but he was too good not to utilize in the Mustangs’ run to their first state final since 1978 — he earned all-league honorable mention at receiver with 41 catches for 573 yards and seven touchdowns. “It’ll be good to get five good games, hopefully a culminating week, and get him some time to develop,” Powers said. “We want to get the opportunity to get him those reps he needs.”

Noga made the 2019 all-league team at three positions — receiver, kick returner and punter — and was a first-team all-state wideout after making 76 catches for 1,331 yards and 15 touchdowns. His 18 catches in the state final set a championship-game record. He’s weighing several offers, including a preferred walk-on spot to join Sam Vidlak at Oregon State. “He has a huge catch radius and tremendous hands — I don’t think he dropped too many balls last year,” Powers said. “He’s gotten much faster in the offseason and put in a lot of work.”

Matusik earned first-team all-state recognition opposite Noga in the formation last season, catching 55 passes for 989 yards and 12 touchdowns. He has offers from Western Oregon and Southern Oregon. “The best way to describe his game is that Lawrence is a running back built in a wide receiver’s frame,” Powers said. “He has a tenacity to his game. He’s very aggressive. It’s nice to have both him and Jeremiah out there — they’re both tall guys who move around well.”

Iwamizu started last season at tight end but when the need arose for a replacement at center, he stepped up and immediately took to the position, earning co-lineman of the year honors for the league and first-team all-state recognition as well as offers from Western Oregon, Pacific and Linfield. He was a second-team all-league outside linebacker with 68 tackles and a team-high 5½ sacks, but this season he’ll man the middle linebacker spot in the Mustangs’ 3-3 scheme. “He’s a super team guy, a super smart kid,” Powers said. “He’s worked tirelessly in the offseason and become more mobile and athletic.”

While everyone focused on the Mustangs’ high-flying passing attack, Powers had perhaps the quietest 1,658-yard season possible, running for 17 touchdowns and earning first-team all-state honors despite playing through a broken toe suffered when he dropped a weight on it. Now 100 percent healthy, he’s choosing between Western Oregon, Southern Oregon and Linfield. “He’s a workhorse. He just grinds away,” James Powers said.

Tackett plays the “Spur,” or the hybrid safety position in the 3-3-5 defense Hidden Valley runs, and he received first-team all-league and second-team all-state recognition last season after finishing with 80 tackles, including a team-high nine for loss. He has an offer from Presentation College, an NAIA school in Aberdeen, S.D. “He’s one of the fastest kids on our team and a tenacious player,” Powers said.

Burchfield is another player who changed positions during the 2019 season, moving from defensive end to cornerback, where he earned all-league honorable mention while making 46 tackles (four for loss) and sharing the team lead with three interceptions. He received an offer from Linfield during the offseason. “He was willing to step out of his comfort zone and play cornerback,” Powers said. “He showed vast improvement from Day 1 to the end of the season. If we get a season, he’ll be one of our go-to guys.”

With four starting spots on the offensive line up for grabs, Blacksmith is a top contender for one of the guard positions. “He’s definitely a kid who could play there (in college),” Powers said. “This season was his opportunity to establish himself.”

Moon-Reed swung up from JV for a couple of games as a sophomore and made the playoff roster as the coaching staff groomed him to take over at right tackle this season. “He’s a kid we’re super excited about,” Powers said. “He’s an athletic big man, and we expect a lot from him. He’s a real up-and-comer.”

Stone, who had nine catches last season, was another swing player from JV in 2019. He’ll get more of an opportunity as a slot receiver with Nate Vidlak taking over for his brother at quarterback. Powers said Stone has the best hands of anyone on the roster — high praise with two all-state receivers in the program. “He just has natural ability,” Powers said. “He’s super strong and has super soft hands.”

Kanott moved from Pleasanton, Calif., where he played freshman ball at Foothill in the East Bay area. “He’s one of those kids who’s got a lot of heart,” Powers said. “He moves around really well and is willing to do whatever you ask of him.”

The Mustangs have been one of the prime beneficiaries of the OSAA’s decision two years ago to allow struggling programs to move down a classification. They had five consecutive losing seasons in 4A before going to 3A in 2018, allowing them to rebuild that season and then explode the following year, going 12-1 and reaching the state final for the first time in the past 41 years.

That success prompted the OSAA to move them back to 4A, where they were poised for another deep postseason run, led by Sam Vidlak, who was looking to become the 10th quarterback in state history to throw for 3,000 yards in back-to-back seasons, and surrounded by a bounty of skill players.

Now, there will be no playoffs, and Vidlak’s high school career has ended.

“It’s an off year for our seniors, not having that senior year to let their light shine through,” Powers said. “It hurts when I’m talking to them and see their demeanor, knowing it was taken away from them. I felt that we had a group of guys who worked in harmony, who were team guys but also had a lot of talent, and they never had a chance to give it a go and prove their worth.”

With Vidlak starting his college career in Corvallis, the task turns toward what would have been a top priority if the fall season had gone off as expected — developing an offensive line that can help the Mustangs compete in the fall of 2021, all while gaining experience for the next Vidlak signal-caller.

“It won’t be a state championship run, but hopefully, we’ll get the opportunity to get these reps, these snaps in. The offensive line is a rebuilding spot for us, so we want to see who steps up in those spots when we can get the pads on and compete.” — James Powers